2018 has been a pretty rough year for me regarding writing. Even this post is a week later than I intended it to be (don't ask how crazy and stressful the holidays have been this year). I mean, I've also been dreading posting it, of course. I'd even wanted to take pictures of cookies to balance out the sour with something sweet, but I didn't get to bake as much as planned and then forgot to take pictures after the couple of batches I did bake!

Will you settle for cute Hatchimal ornaments? They'll have to do. I'll plop them at the end of the post. For now, let's get the misery over with.

I didn't publish any new titles in 2018, unfortunately, so no list of publications.

I'm looking back at my goals for 2018, plus the update post in June (nope, not linking to them -- if you really want to look, you can find them in the Blog Archive on the left -- too depressing), and I think instead of comparing the results to what I hoped to accomplish, I'm just going to highlight what I did get done. Progress -- I still made progress.

❦ Started the first draft of Well of Shades (Fortunes of Fate, 7) -- this title may change (Well of Shadows, Well of Solitude, Well of Spirits? If you have a preference, feel free to say so in the comments below!)

❦ Posted 23 blog posts (including this one)

❦ Spent 16.7 hours re-formatting and uploading the updated titles to the various retailers (I love Vellum. <3)

❦ Including the hours above, as well as reading time and the beta reads and critiques I've done, I spent 231.37 hours total on writing related tasks (up to and including this post -- I may squeeze in a couple of other end-of-year tasks if I have time this week)

OK, I already know I had an awesome 2017, and 2018 left much to be desired comparatively, but I did get a few things done, and that's a hell of a lot better than giving up. Never give up!

It's time to brush 2018 under the rug and beg 2019 to be a kinder, gentler, more productive writing year. Goals for that in the next post, though. 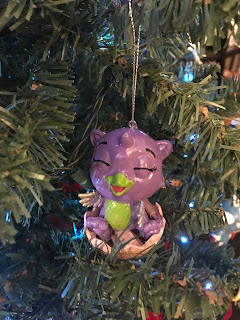 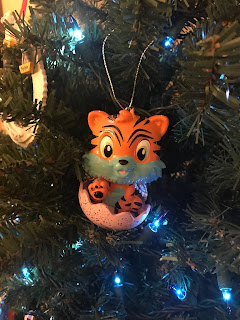 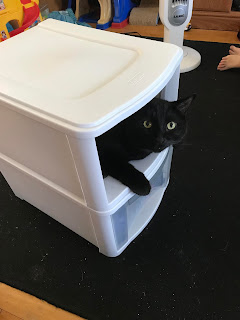 I didn't really want to write this post. At all. If you watched the tracker from the initial NaNo post this year, you'll know why.

NaNoWriMo and November were a complete failure. And to top it off, I don't feel like I have a good excuse. There was a week in there where I wasn't feeling the best. Plus Thanksgiving, along with Black Friday (online shopping only, thank you very much), also sucked up a week. Planning presents for the kids (my shopping for them is DONE -- that's a relief). Yeah, when I say that, I kind of wonder what happened to the month.

Maybe it's just the year. I mean, it started out wretched, so the pervasive feelings from the beginning of the year are just lingering at the end of it. All of November, I just wanted to say, "Screw it! I just want to sit down and plan 2019."

And that's what I'm going to do in December. That's all I'm going to do. Plan next year, and have the optimism that it will be a much better year for writing. And I'll do a lengthier assessment of 2018 in my next post. (How depressing is that going to be? Ugh.)

OK, I'm going to throw myself a bone now. NaNoWriMo 2018 wasn't a complete failure. I revised about 1600 words. That's 1600 more words than I had before November started, so it's a win, even if a small one.

But so this isn't a terrible and utterly depressing post (like the next one just might be), I needed to throw in kitties. More importantly, kitty videos! And well, a Nightshade picture because I don't have a video of him -- it seems the girl cats in the house are more entertaining at times. Shade is a bit too laid back.

If you want to see Part 2 of the second one, just pop over to my YouTube Channel. It's kind of sparse, but I may add more kitty videos in the future! Enjoy Rikku and Sylph below. =) Goofball fuzzballs.