The New Writing Routine (Until It Changes Again...) 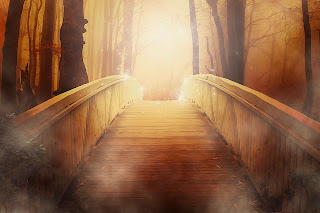 I posted back in June that my schedule has been constantly shifting. Well, with fall finally here and both kids in school (Youngest only for a couple hours per day, four days a week), the schedule has shifted again. And I thought it would be nice to report in and let everyone know how things are going, since I've been at it for about four weeks.

❦ September has been much better than the first few months of the year. I actually feel like I'm making progress, and I feel way less scattered.

❦ I'm not as exhausted (though still a bit tired because of my own bad habits of staying up too late), since I'm not walking Youngest so far to school. 25 minutes of walking a day is much more doable than 2 hours (heck, I've even taken to walking another 20 minutes just to enjoy the day and exercise a bit, once I drop Youngest off -- still way better than 2 hours).

❦ This month I managed to revise 5.1k, only 0.9k short of my main goal. That's the second best month I've had this year for productivity! Oh, and that's with squeezing an originally unplanned beta read in.

❦ I'm at the halfway point in revisions for Thorns Entwine the Blade (Trinity Torn, 3). Yay!

❦ I haven't come down with the plague yet, nor have my kids. This is rather amazing because usually we're all sick within a couple weeks of school starting up again. And yes, I'm knocking on all kinds of wood right now for even mentioning this. XD

The Not So Positive (I don't want to use that bad word...)

❦ I still get distracted during my writing/revising hours and haven't started in on things as early as I would like to. I think I'm enjoying a break from both kids too much and then I lose track of time (don't get me wrong, I love them to pieces, but small breaks are nice, especially from Youngest because she is a pistol). Once I get going, I'm fine, but it's the getting started I need to improve.

❦ Most times I'm using tea or soda to wake myself up a bit for writing sessions. Though I don't feel like I'm going to pass out like when I was walking so much, afternoons are still more difficult for me compared to mid-mornings. It's those after lunch sleepies.

❦ I'm still a bit behind on even my revised goals for the year that I outlined back in June.

All in all, as you can see, this current writing routine is working out way better than any of the others I had to juggle and shuffle earlier this year. I think that with time and getting more used to the routine, I'll be less distracted before writing time and start in earlier.

It does mean that I'm getting closer to finishing Thorns Entwine the Blade. Once I finish revisions, it's off to my copy editor. Maybe I'll even finish sooner than planned -- who knows!

The Adventures of Karriya the Wizard - The Gods, Part 2

The Adventures of Karriya the Wizard is a series based on the main character I play in Everquest. Though most of what I write actually happened, many events might be embellished and exaggerated to create a better story. Happy hunting (and reading)!
Origin Story ~ The Gods, Part 1

How long has it been since Karriya's last adventures were told? Too long! And she has a bone to pick with me because haughty High Elves love to be in the limelight, and I've neglected her (thankfully she hasn't been completely neglected in the game, though finding time to play as of late has been a challenge).

Unfortunately, her slaying and cavorting with the gods of Norrath have faded into foggy memories, so there might be more spinning of tales than truth in this entry. Or maybe I only think the memories are fuzzy, and the tales I spin will actually be the truth in disguise...

Well then, Karriya says I'm blathering on too much and need to start talking about her. Very well. 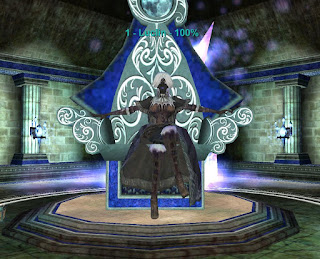 First, she wanted me to tell everyone about the time she stormed Drunder, The Fortress of Zek (also known as the Plane of Tactics). With Yushuv by her side, they felled the brothers Tallon Zek and Vallon Zek, followed by their father Rallos Zek. But no, that wasn't grand enough in her opinion. Then she considered the time she fought and then parlayed with Luclin in The Plane of Shadows -- ah, how regal the god looked upon her throne. No, no, not enough. Solusek Ro and Innoruk? Still too boring...

Karriya is indecisive at the best of times. 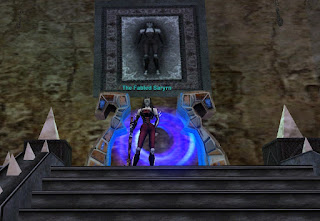 Why not the time she faced the Fabled versions of many of the gods all in one adventure, both Rondor and Yushuv at her side (and Downpour, of course -- can't forget the little druid)? Yes, that's it! 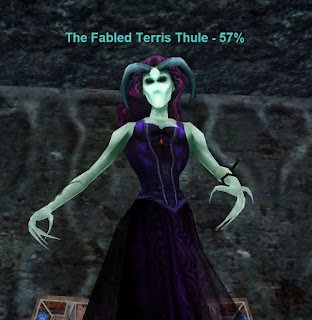 At the end of the many quests in the Planes of Power there lies the Plane of Time. And in this plane, the gods await. It just so happens that Karriya stormed it when the stronger, Fabled, versions were ready to smite her and her group of adventurers. No single-handed killing for the wizzie this time, and seeing many of the gods in one place sent flashbacks cascading across her mind of all the times she'd killed them in other zones. 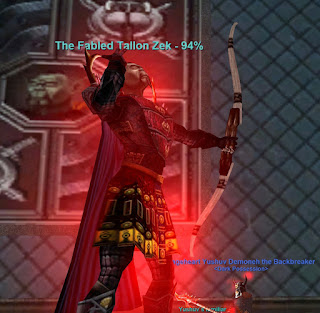 Mighty Saryrn and the dark Terris Thule wailed as they fell to Karriya's mighty nukes. 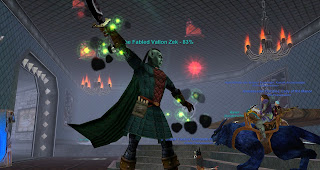 And then as if searching for revenge from her adventure in Drunder, Fortress of Zek, Tallon Zek and Vallon Zek attempted to splat the wizzie while Yushuv pummeled on them with his axe. 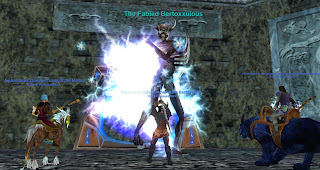 Rondor assisted with dots and heals when they assaulted Bertoxxulous and Cazic Thule. 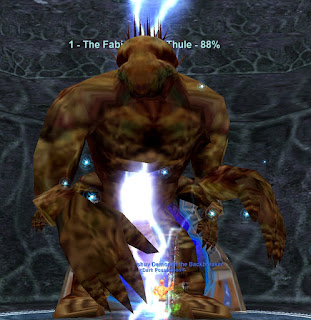 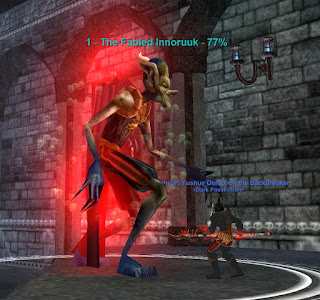 But a picture's worth a thousand words, isn't it? At least that's the point Karriya is at because she needs a nap after all of that god slaying. Oh, and because Rondor informed her some time ago that there are now new god killing achievements. Wait, what? She has to go back to the Planes of Power and kill all of those gods again? Sometimes she forgets it is called EVERquest... 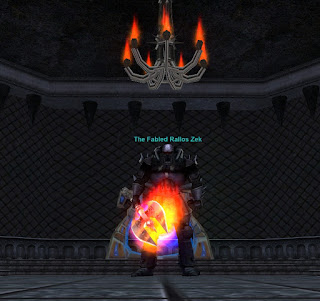