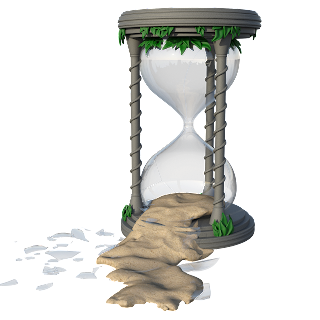 I'd like to say it was a good run, but if I'm being honest, it was painful. Excruciating. Torturous.

I know the grass is always greener saying, but 2021 has a twinkle in its eye. It may treat me just as badly - that's a chance I'm more than willing to take at this point. Anything has to be better than this.

Unfortunately, I can't say it's me and not you. Because it's totally you. You've treated me (and many others) horribly.

I'd like to think I'll eventually look back on this time with a few fond memories. Nope. No way in hell.

You scrambled my senses, laughed at my aspirations, and made sure my progress stagnated. Your time was always more important than my own. Utter selfishness.

The only positive I can pull from all of this is that you likely made me stronger, more willing to adapt as needed, even if it means doing something I never imagined doing before. Isn't that always the case, though? We learn from the bad. And, oh man, you were bad.

So, with a sigh of relief, I bid you adieu. All the cliches come to mind: don't let the door hit you on the way out, you're getting kicked to the curb, miss you never, sayonara sucker. Ad nauseum.

That time of yours you so valued above my own? Yeah, it's run out.

Author Note: I hope you liked my Dear John letter of sorts. I'm sure many of you are feeling something similar! I won't be talking about what I didn't accomplish with my 2020 writing goals, as I think the above says enough. Next week it'll be 2021, and I'll have a fresh new post with my goals for the New Year. Happy reading!

Image by Jazella from Pixabay

DISCLAIMER: This is rough draft material. Don't be surprised if you fall into plot holes, trip over inconsistencies, and get hit in the head with direction changes. I've done my best to read through several times before posting, though, to make sure most spelling and grammar errors are corrected. Any constructive comments are welcome for when I revise this novel. Thank you for reading!

All current and previous chapters for Chains of Nect: Obsidian's Obsession can also be found on Wattpad. And for an easy to access list of all chapters that have been posted to Born to Write, please visit the Table of Contents.

A new chapter will be posted to Born to Write and Wattpad about one month after it's released to my newsletter subscribers. If you'd like to see the posted chapters a month sooner, please consider signing up for my Author Newsletter!

Damian struggled to keep his composure. He didn't want Obsidian to see how disconcerted he was by the implications that were thrown around in his room.

So, he made sure she was settled in the study room, and after she groaned a couple times about not being able to concentrate on the precepts with so much on her mind, especially tonight's plans, he insisted she attempt to focus and left.

Though he completely understood her difficulties, he didn't think she could imagine his. He'd been raised in Guardian society, indoctrinated in the belief of the precepts.

And now he was questioning his entire existence, Bishop's declarations too sobering to ignore.

Damian wandered among the portals, examining each one he passed, wondering if there was a darker reason why the Guardians no longer allowed travel to other worlds. Constantly turning the questions over in his mind wouldn't help, though.

Determined to make some sense of this madness, he found himself entering another building in the courtyard. Council members and those with higher statuses in Guardian society lived here. His parents had moved to quarters here shortly after he'd turned sixteen and transferred to a similar roommate situation as Obsidian, but with Guardian children only. Of course, most times they were out and about in Nect, but his mother had returned a week ago. She'd be off again in a couple days. Hopefully she had a few moments to speak with him.

Though he'd need to be extremely careful about how he queried her -- no good to reveal the adventures he'd been up to with Obsidian these last handful of days. Not at all.

He tapped on the residence door.

A moment later, Jana opened the door in a flurry of haste, peering at something behind her. "Yes? It's madness here trying to prepare things before I leave again, so I don't have much time." She finally turned, and her mouth parted. "Oh. Damian. I thought you were Liss."

Part of him insisted he turn right back around and bolt. She didn't have time for his foolishness. But his feet were rooted -- it had been too long since he'd seen her last. "Hi, Mother."

A small smile touched her lips and she ushered him inside. "What brings you here?"

He wondered if this would be how Obsidian's mother would welcome her. No, he suspected she'd take her daughter up in her arms and envelop her in a warm hug.

All he ever got was that small smile.

"I'm sorry to bother you, but I was hoping you had a few minutes to talk. I think you may be able to shed some light on questions I've been pondering lately."

"Question not the wisdom of the words."

A precept. Always. Damian had memorized them well before he turned sixteen and started his more serious studies because Jana couldn't resist quoting them often. And he hated hearing her constantly parrot them when he'd ask a simple question.

He rubbed the back of his head when he realized he'd done the same to Obsidian before. For the love of the Ancients, he'd turned into his mother.

In a darker vein, he considered if the precept she'd just quoted had the intent to squash any questioning of the precepts themselves. Thoughts he shouldn't have.

"Of course, Mother. But nonetheless, I beg you spare me an ear, just for a moment."

"I guess I'll indulge you briefly, but while I work. I have papers to go through before I leave again." She settled herself behind a desk in the small living area, and promptly started reading over one of the aforementioned papers.

Damian reluctantly took a chair on the opposite side of the desk. He also hated speaking to her when she was preoccupied with other tasks, which was most of the time. No other option, though.

"Well, go on. I'm listening, promise." Jana scratched her signature on the paper with a fountain pen, a twin to his own, as she'd gifted it to him when he became a Guardian. She moved to the next paper without looking up.

Unfortunately, he was at a loss on how to word his worries. This was harder than he thought it would be. So he picked his way carefully, one word after another, lest she shoo him out for wasting her precious time with silence. "I've been wondering about the Ancients and their magic lately..."

"The past is gone and the future unclear -- neither hold value over this moment." The precept fell from her lips and she didn't miss a beat, still engrossed on her current paper.

Damian yearned to shove her papers to the ground and tell her to stop quoting the damned rules and just listen for once. His time with Obsidian had made his thoughts far more impulsive than they used to be. However, he at least wasn't to the point where he acted on them.

Perhaps he'd come to the wrong person for this chat, but his mother was pretty much all he had. Close friendships had eluded him, the kids preferring to bully him over befriending him. So, he continued on, dreading the next canned precept response. "Along the lines of magic, do you know if the Guardians, or anyone else in Nect, ever used magic as well?"

Jana's head shot up, latching onto his gaze, her eyes wide and a bit wild. "Whatever took you down this line of thought?"

Damian hadn't had her devoted attention like this since he was small. He squirmed in his seat. "I... I've just been curious about Nect's history is all. Re-reading the books in the library have gotten stale, and I must admit my daydreams have run away from me at times." He hoped that was explanation enough for her -- it felt as though her stare aimed to scan his mind.

Her brow furrowed ever so briefly, and then she sat straighter, putting on that small smile of hers. "You've always been too much of a daydreamer, Damian. But you know the answer to your question, clear as the words etched on every gate in the courtyard."

He sighed, almost refusing to say them, but then allowed them to tumble out, his mother speaking them with him. "The past is gone and the future unclear -- neither hold value over this moment."

Jana nodded and dipped her head back to her papers. "Is that all?"

"Yes, of course. Thank you, Mother." He stood, glad she wasn't paying attention to him, or she'd witness his stiff movements. "Ancients bless your next journey. Perhaps we'll speak again when you return." Good thing the stiffness and formality in his voice was the norm around here.

"Have fun with that dedicant of yours."

Damian paused halfway to the door and glanced back at his mother, but she still remained engrossed in her work. Her comment had seemed odd, out of character.

No matter. He needed to get out of here.

So, he strode to the door, resisting breaking out in a run. Once he was back in the courtyard, he sucked in a shuddering, deep breath.

At least his mother had seemed to accept his explanation. The last thing he wanted was her suspicions honed in on him, especially after that scrutinizing stare.

And because now Damian knew she was keeping secrets. That reaction was too abrupt to consider otherwise.

The truth in all things. What a load of bullshit.

Damian's perceptions unraveled, and he was afraid his mind would collapse with them.