I am so close to the end of the first draft of Thorns Entwine the Blade! And it's haunting me. My brain can only think of the words I have ahead of me. So much so that I just want to sit down and have a nice little writing binge to finish it. Then maybe my brain can have a break, right?

I did get a great writing day in this past Saturday - 4000 words! 2900 of those were in one sitting (bad writer not moving for 3 hours... but I needed to finish the chapter!). But since then, I haven't been able to just sit and WRITE for a long stretch.

Kids and exhaustion are the two big reasons.

This is what I'm contending with right now as I write this blog post:

3-YEAR-OLD: I like pink eggs. What's your color? Is your color purple? (We have decorated blown out eggs on a bookshelf from Ostara.)

3-YEAR-OLD: No, like fish! What do Goldfish smell like? (She's referring to the crackers, not the fish that swim around in a bowl.)

It's a wonder that I haven't bloodied my forehead from banging it on my desk. She does not shut up. Which makes it near impossible to read a sentence let alone write one, at least if I want Thorns Entwine the Blade to make any sense whatsoever. Heck, I can barely eat lunch because she's chattering every time I try to take a bite.

So, I have this awesome drive to GET TO THE END, but the threenager is making it pretty impossible. I've gotten a little done during her naps... but it doesn't help when I'm so exhausted and nap with her.

Also, being woken up early because there's a bat zipping through your house doesn't help in the exhaustion department either. Look at the little guy zooming around once we got him onto the porch. There was no getting back to sleep after that. O.O

Now my kid wants me to turn my light off so her stuffed animals can sleep. Mmm, this may require me to channel Bastian a bit. He draws his sword and says, "Try me." Uh huh, yup, brain is glommed on to the novel too much. Must finish...

WARNING: Spoilers! Per usual, there are spoilers in the post below. If you haven't seen Guardians of the Galaxy Vol. 2 and don't want to be spoiled, surf away from this post and come back once you've seen it. However, if you don't mind knowing what happens in a movie before you see it, by all means, continue reading (just don't get mad).
❦
Guardians of the Galaxy Vol. 2
Movie Poster

"I am Groot!" Oh, that little voice -- so gosh darn adorable. And as expected, Baby Groot was my favorite character in Guardians of the Galaxy Vol. 2. Of course, since I'm in the middle of dealing with my own toddler, I totally think he's more of a toddler than a baby. You know, doing the exact opposite thing that he's asked? Yeah. He didn't quite seem to hit threenager status yet, though. ;)

So, for all of you people who thought Drax stole the show, while he had some hilarious lines, I still think Groot was the best.

OK, maybe I started in the middle of the review instead of at the beginning, but I had to express my love for Groot. It was a must. MUST. Let's try this again...

Guardians of the Galaxy Vol. 2 was a great movie. A lot of humor, as expected. Action as well. Great alien races and locations. However, it wasn't as good as the first. Let's face it, when the first in a series is a major hit, it's going to be hard to follow it up with a sequel that's just as great, or better. The first one hit all of its beats (in my opinion), but the second movie did have moments where it sagged a bit.

One of the reason for this was because the team had to split up near the beginning. A lot of the greatness of the first movie was due to the interaction of the entire team. Vol. 2 starts out with this awesome play between their personalities. They're all fighting a monster as hired mercenaries. One of the best opening scenes ever as the main fight is in the background for most of it while Baby Groot is dancing around and the opening credits are rolling. They even tip the hat to the Groot in a pot scene where he freezes when Drax looks at him.

But then they crash, and Starlord's dad shows up. We then have the team split up, since Rocket needs to fix the ship, and Baby Groot stays with him. Not that there aren't fun moments when they aren't all together, but it really picks back up once they're all reunited.

It's still chock full of 80s references, which is awesome, and most of the characters are well rounded and add to the drama and humor. Like the first movie, though, the main villain was a little lacking. The god who wants to rule the world. OK, great. We have a selfish jerk who tries to woo Starlord by playing ball with him (I didn't like this scene). A very one-sided character.

However, some of the side villains were great. I especially loved Nebula. I loved her in the first movie, too, and it's because she's such a complicated character. The complexity and layers make her an awesome bad guy, and then it makes sense in the end that she starts to switch sides, though she refuses to stay with the Guardians.

Yondu's growth arc was amazing, too. It was sad he died at the end, but it felt right, that his story was finished and his growth complete. (Speaking of growth arcs, I did love the slow growth between Starlord and Gamora -- a step toward future things!)

Ayesha and the Sovereign were fun as well. And I look forward to seeing what unfolds with her in the next Guardians movie after the one clip during the credits.

The thing I love most about both Guardians movies is the characters. It's what makes them fantastic. And if I didn't have kids, I'd probably have already gone out and seen Guardians of the Galaxy Vol. 2 a second time already.

Also, Teenage Groot is fun -- the tone in his voice is priceless! But I think Baby Groot will always be my favorite Groot. ;) 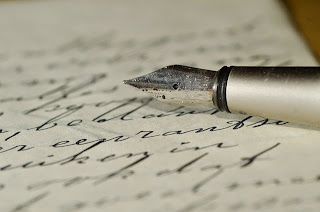 I figured I was due for an update, especially since I've shifted things around. I swear, my life is pretty much a constantly changing mass. Which drives me bonkers when I try to make a plan or a schedule, and then... BOOM! It makes my eyelid twitch.

Of course, a three-year-old who interrupts me every five seconds doesn't help. And I'm mostly not exaggerating. This blog post is proving a test of patience and it may take me all day to finish it.

Anyway, I suppose I should get on with it before I drive my few readers away, huh? =D

I have made lots of progress, which is a good thing! Just not as much progress as I'd hoped by this time of the year. Since I love lists, I'll break this down into mini-lists.

❦ Mind Behind the Mind (Trinity Torn, 1) is now wide! I even have it available on Google Play, along with the rest of my titles. The Trinity Torn Series page has all the major places you can purchase it.

❦ Patreon! Yup, it's live, and I'll be posting another flash story this month and a poem next month. I'd appreciate your support so I can justify the time it takes to prepare the stories and poems to post!

❦ Edge of Sorrow (Fortunes of Fate, 6) was released in March. It's wide, so take a look at the Fortunes of Fate Series page if you might be interested in grabbing a copy.

❦ Dreams in Shadow (Fortunes of Fate, 1) is now available in paperback! It's just a small, slim one and only $3.95 on Amazon. The ebook is still free on Amazon and other ebook retailers!

❦ Haunted Unicorn Publishing is up and running, and I'm offering simple, but clean ebook formatting. (Developmental editing may be offered once fall rolls around.)

❦ I am almost at the 60,000 word mark for the first draft of Thorns Entwine the Blade (Trinity Torn, 1)! I am hoping the momentum and excitement of nearing the end will propel me to complete the first draft this month. Then I'll need to do some quick tweaks that I already know need fixing, and then it's off to beta readers. Plus, I have the cover art! I just need to add the text. And my newsletter subscribers will get to see an early cover reveal (so sign up to your left if you want to see it - I won't be doing a public cover reveal until later this year).

❦ I've been thinking a lot about Hell On Wheels (Devil Made Me, 2). The thinking stage is just as important as the writing stage. ;) But I'll be making the cover this month, and I'll start the first draft after I finish wrapping up the Thorns first draft. If you haven't read Hell Hath No Fury (Devil Made Me, 1) yet, you may want to check it out before Hell On Wheels is released! Just take a look at the Devil Made Me Series pages for links.

❦ Dead As Dreams is on hold again. That poor novel keeps getting the short end of the stick. Instead of working on revisions of Dead As Dreams the second half of the year, I'll be plowing into revisions of Thorns Entwine the Blade! Yup, I'm swapping these two out. I'm aiming for an early 2018 release of Thorns, hopefully March at the latest.

❦ Hell On Wheels will probably be out more like September or October now, since I'm a bit behind schedule for the Thorns draft.

❦ GSD vs. Everything is paused for now. I haven't made any progress on it this year. It's my side project, so I'm a bit disappointed, but not crushed. Time and energy is at a premium nowadays, and this is one of the things that keeps getting pushed aside.

I think that's it! Man, I never feel like I've done that much or enough until I start listing things. Hopefully there won't be any other huge changes to my plans this year. Well, finding more time and squeezing in more writing so I can publish more books would be welcome. Guess I'll just have to keep dreaming.