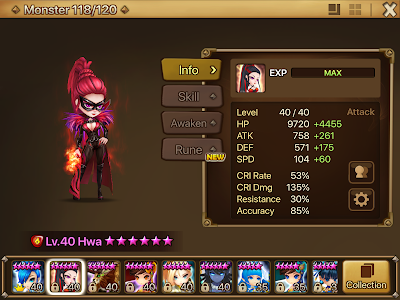 I know I've mentioned Summoners War at least once in a previous post. I've been playing the game for a few months now, only as a free-to-play player. Actually Hubbie and I played it a bit a couple years ago and stopped due to some annoyances and slow devices at the time. When we tried it again recently, we reset our accounts and started fresh.

See, we have this blind box itch that we need to scratch and Summoners War helps with that (free, no less, since we haven't spent a single cent on the game).

And we may have just each started a third account this past weekend. Oops.

Am I crazy? Maybe. Have a lot of our other games been neglected? Oh, yes.

The thing is, though, it's harder to play things like Everquest and console games when you have kids (we still do play Everquest, and we will likely until we see the game's sunset, just no where near as frequently as we used to before kids -- I promise another Adventures of Karriya entry soon... TM). However, Summoners War is one of those games where you can easily put it down or pause when you have squawking little interruptions. Heh.

It's also a game where you don't really need to put a lot of thought into it if you don't want to. Battles are pretty repetitive and you can put them on Auto. I know this sounds insanely annoying for some people, but when you're trying to unwind after a day of the squawking, sometimes using as few brain cells as possible is a good thing. There are also so many Monsters (Mons) you can obtain in the game, so it kicks in my "Completionist" gene, so I of course want to max level every Mon I can get my hands on (this is easier said than done because there are also Star Levels and every time you move a Mon up a Star Level, you need to level it again).

Finally, what really pulls me in is the art. It's all so pretty. <3 That's my Hwa up top -- she's transmorgified (kind of like a costume) into Night Stalker Hwa. I must collect all the pretties! Which is tough and even tougher if you're not paying. Even though I haven't spent any money, I've gotten some pretty nice Mons.

With so many Mons, though, I've found myself neglecting a certain subset that I wanted to experiment with. There are five elements: Fire, Water, Wind, Light, and Dark. The first three are pretty easy to come by, the last two not so much (at least not the higher natural 4 and 5 Star Mons, and even many 3s). I wanted to fiddle with the Light and Dark Mons, which is why I made the third account.

Now, it's nearly impossible on a baby account to only play Light and Dark, even though in the progression the game gives you two Light Mons. So, I decided I'd add in one more element -- Water (since your first freebie progression Mon that kicks ass is Water). I also used a couple from the other elements I needed to get past a some steps in quest progression. Otherwise, I've given myself the challenge to use only Light, Dark, and Water Mons. This isn't going to be easy!

Luckily, I summoned a pretty 4 Star Water a couple days ago -- super lucky for an account that's only four days old as of this post! See the handsome Water Sylph? (Action shot!) 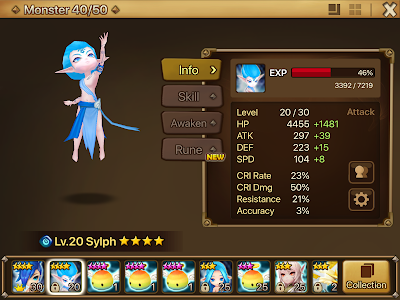 I wanted my first Light/Dark scroll, though, so I plowed through a certain scenario to obtain one, and had to fight this cool dragon at the end. Again, awesome art! 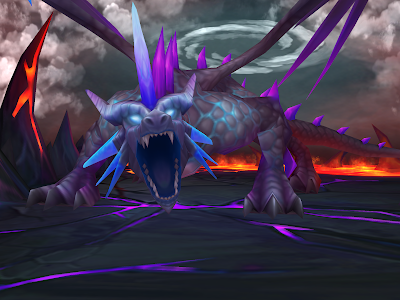 And... I summoned a 3 Star Light Imp Champion. He's a Defense Mon. So, he's officially the first summoned Mon (one you can only get from summoning from those rarely found Light/Dark scrolls -- maybe two per month, three if you're lucky with finding scroll bits to buy) that I'll be experimenting with. I have a few Lights and Darks that I got from secret dungeons as well, but I won't regale everyone with those for now. 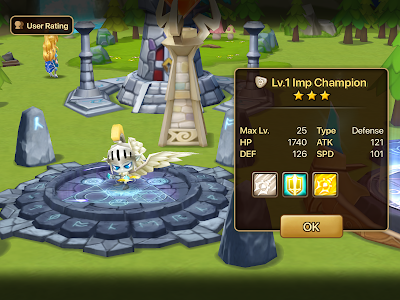 I may make this into a blog post series, though. At least as I go through and experiment with things on my third account. Maybe I'll even post some of the pretties from my first and second accounts. Got to love the eye candy! Should I come back in a month to tell everyone how I liked using the Light Imp Champion? Or am I boring you all to tears? Lol.
Posted by Alexa Grave at 8/30/2018 04:31:00 PM No comments:

36. When you're actually cleaning you find this beautifully spun spiderweb, and you don't want to destroy the spider's painstaking work. 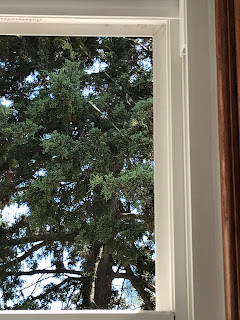 37. No matter how well you think you wipe down the outside of the windows, once you pop them back in and the sun shines happily through, you see all the streaks that you missed.

38. You just cleaned the mirror in the kids' room 10 minutes ago, and the Preschooler bangs her head on it because she doesn't want a time out. Smudged forehead prints anyone? 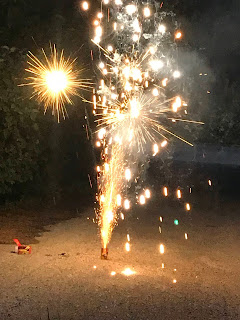 40. You're determined to take a whole week off of everything (well, except for taking care of the kids, of course) and play World of Final Fantasy the whole week.
Posted by Alexa Grave at 8/16/2018 11:35:00 AM No comments: 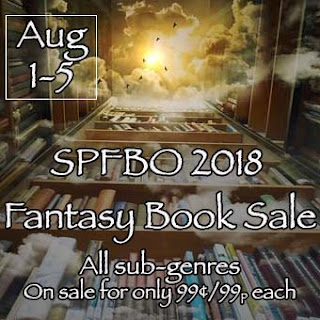 So, Mind Behind the Mind (Trinity Torn, 1) didn't arise victorious in the the 2017 Self-Publishing Fantasy Blog-Off (SPFBO), but it led me to a great community of fantasy authors. SPFBO 2018 has just kicked off, and one of this year's entrants has organized a great promotion. Past and present SPFBO entrants were welcomed to participate. And I figured it would be an excellent opportunity to join in with Mind Behind the Mind.

This is the first time ever I've dropped Mind Behind the Mind down to $0.99. If you've been thinking of grabbing a copy, now is the time! You can find it at various retailers, including Amazon, Barnes & Noble, Kobo, iBooks, and Google Play. Just hop on over to the Books2Read page for Mind Behind the Mind and you can purchase via your preferred retailer from the list provided after clicking Buy Now.

Of course, if you want to take full advantage of this promo, you'll have to wander over to the SPFBO Fantasy Book Sale page, where you'll find over 120 books discounted to $0.99. Lots of different sub-genres as well. Perhaps you'll find something being offered that you've been hoping to give a whirl.

What are you waiting for? Go buy some awesome fantasy books!