Wow, what a curve ball Mother Nature has sent our way recently!

When this current situation started in the U.S. - Hubbie now working from home every day of the week, kids with pretty much two weeks of spring break instead of just one before diving into virtual learning (um, homeschooling), and me without a moment to myself any longer - I'd thought it would be a grand idea to do a funny diary-like post about the whole situation. As I've learned so often in life, things never turn out how I planned.

As each day passed, my notes quickly turned into not funny at all. And then I had to start homeschooling. Let me tell you, for a person that completely sucks at multi-tasking, my anxiety is beyond high simply from trying to teach Youngest (who doesn't want to listen to me) and field questions from Eldest (while Youngest yatters in my ear to go on with her school work so she can continue to not pay attention or believe a word I say).

This has seriously been rough on me the last nearly four weeks. So rough that I can't get any writing done due to a combination of time, energy, and anxiety.

And yes, I understand and sympathize with others out there who also have it rough (or rougher). I'm not pulling out a measuring stick, trying to compare who has it worse. It's bad for everyone, even if it's a different kind of bad for everyone (even for those people who are simply bored - I mean, I can't grasp the concept of ever being bored with my endless list of interests, but I do understand they are suffering in their own way as well).

So please let's not come into the comments with anything like, "You have it easy - it's so much worse for me!" I've quite had enough of people belittling other people's feelings and reactions to this whole situation.

For me, it simply boils down to, my anxiety is high, so high that I've been on the verge of an anxiety attack several times. And while many of the things causing me anxiety may not affect others the same, that's how those things affect me. Everyone is different, everyone reacts differently, each person has different levels of what they can take, so let's just all get along and sympathize with everyone else - this whole thing sucks all around. Period.

OK, off my soapbox. I guess mindlessly scrolling through my Facebook feed has been getting to me. Too much jabbing on all topics.

Which is why, pretty much after this post, I'm taking a big social media break. This will include blog posts. Hell, it was hard enough convincing myself I needed to write this one. I'm hoping to be back at it all come June.

And yes, as I mentioned already, I've been unable to write. Revisions of Well of Solitude (Fortunes of Fate, 7) are on hold, likely until June as well. I'm hoping in summer, even though the kids will still be home, there will be a lot less pressure due to no longer having to homeschool, and then I can banish them outside for a couple hours (or be nice and let them play video games every afternoon).

Until then, I'm not putting any pressure on myself to write a single word... well, aside from this post. I may start a new Fractured Fairies story just to blow off some steam if my anxiety levels decrease and allow me to have a bit more energy. I've been intending to have Grinka deal with a computer virus - maybe she'll be confronted with a real virus as well, who knows. Those stories have always been my way to vent about annoying situations or just plain have fun. Can you imagine Grinka quarantined with the fairies? Oh, boy.

I'm at least happy to declare my drive to write and conjure up new ideas hasn't been dampened. Stuff is just getting in the way of my ability to execute. =P And I have to accept that once in a while, it's time to put the original plan on pause and go back to it later.

None of us should be too hard on ourselves right now!

I've babbled enough. And since I did spend the time writing down some of the events once we started pretty much quarantining ourselves, aside from grabbing food and taking occasional walks, I'll leave you with a few here. Not the depressing ones. The ones that still give me a bit of a chuckle. I hope they give you a chuckle, too. 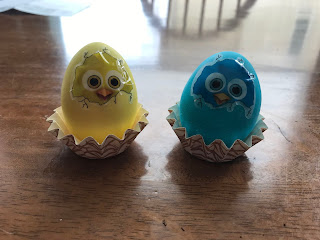 Diary of a Quarantined Writer Mom

Day 1 – Bickering broke out at breakfast. Kids had exhausted me by lunch. And then I gave up and played video games until dinner.

Day 2 – Drama over organizing a drawer – Eldest claimed it would take hours to straighten. It took 10 minutes. Pre-order for the Deluxe Edition of Final Fantasy VII Remake delayed – the horror!

Day 4 – Ostara (Spring Equinox)! Woke up with a headache and a beyond hyper Youngest. Where does she get all this energy? Amazon messed up categories for Mind Behind the Mind big time. Medical Romance? Um, no. Planted sunflower seeds, but too tired to dye eggs.

Day 5 – Anxiety climbing. Really need a schedule... if the kids would let me make one between all the other stuff I need to get done. Finally dyed some eggs – glad the kids had fun.

Day 6 – Played a hell of a lot of FFX and let the kids play video games, too.

Day 8 – Schedule for today – let’s see how it goes. It seems Minecraft pacifies the young rabble-rousers. For the most part. Still some drama while I was trying to revise.

Day 9 – Went for our usual walk, and clearly people aren’t taking this social distancing seriously. Another kid tried to give Youngest a shell, and after we backed away and said no thank you, the kid’s caregiver tried to insist it was "just a shell". No, means no. Move along. Do I need to carry a sign that says, "Observing Social Distancing"?

Day 11 – Eldest’s birthday. Unfortunately, our local baker couldn’t make the cake we ordered. So... Funfetti cupcakes instead! With blue frosting, of course.

Day 14 – How long does it take to plan three daily schedules and a single day’s lesson plan? All damned day.

Day 15 - First day of homeschooling. How long does it take for the schedules and lesson plan to unravel? Minutes. Oh, and drama over art/drawing? The one task I thought would be easy!

Day 16 – I can’t do this for five plus weeks. Argh! My brain is constantly being interrupted by the kids, notifications from teachers, and the million things I need to do speeding through my mind. My lack of multi-tasking skills are showing through. Writing time? What writing time?

Day 17 and Beyond – Gave up tracking the days. Everything’s blending into one big blob, a blob that I turn into every afternoon as I scroll through Facebook on the couch in utter exhaustion.