It's that time of year! Yes, the time of year where I get way too into Halloween. It's my favorite holiday, after all. 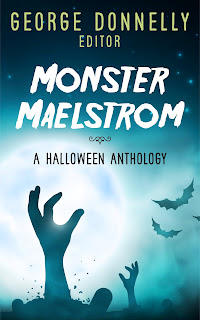 Before I get into some pics of this year's costume and decorations, though, I'd also like to announce the release of a Fractured Fairies story. Last week, "Monster in the Room" released in the anthology Monster Maelstrom. It's a Halloween themed flash fiction anthology, of course! This Grinka-centric story can be found among a lot of other great stories. If you're in the mood for some Halloween reading, please pick up a copy. Oh, did I forget to mention the anthology is FREE?

You can snag a free copy of Monster Maelstrom from Amazon, Barnes & Noble, Kobo Books, iBooks, Google Play, and Smashwords. Please visit the Monster Maelstrom page if you'd like further information before you grab it.

Now, onto more good stuff! My yearly Halloween party was this past Saturday. No posts on the blog last week meant I was intensely cleaning the house that never gets cleaned except once a year for the party - lol. (I already have #11 for 1001 Reasons Not to Clean.)

This year I had a hard time getting excited about a costume. I just couldn't think of anything I wanted to be. Thankfully, the brainstorm finally unleashed itself when I was browsing Hot Topic online one day. I saw a unicorn horn and tail set. I figured I could always be simple. I mean, I love unicorns - that's no secret. Then I saw it... A blood splattered dress! Why be a plain old unicorn when you can be a Rabid Unicorn?

If any of you have visited my blog throughout the years, you know that I started a rabid unicorn story a couple years ago. It was a fun, humorous romp that I had to put on the back burner (like so many other shinies because there's only so much time in the day to write when you have an infant/toddler demanding your undivided attention). Of course, now I really want to continue it, but I have Thorns Entwine the Blade to focus on right now. If you want to read an excerpt of the rough draft I was working on, you can visit this old post from May 2014.

What? You want to see the costume? I rarely post pictures of myself, as you know. So, please be kind. Here it is! Note: I wear the heads of my fallen foes on my feet. 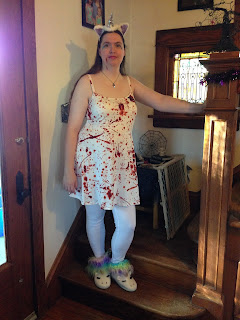 And I'll also leave you with a some pictures of the decorations from this year. Happy Halloween, everyone! 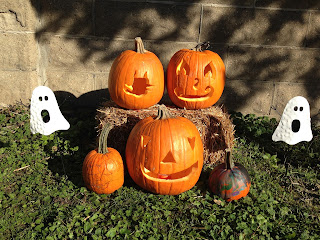 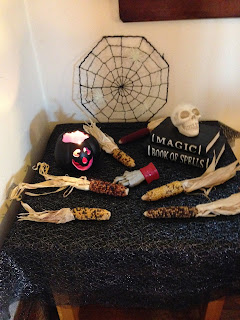 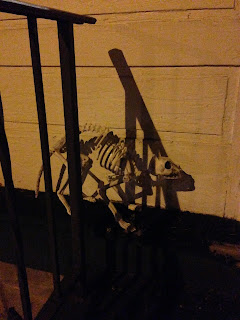 Release day for Mind Behind the Mind is tomorrow! Am I nervous? Of course I am. But I'll survive.

I thought today would be a good time to post an excerpt. Promise, I won't prattle on this time. If you like the excerpt, though, please considering purchasing a copy from Amazon. It will be available in paperback in November and other ebook retailers in January!

And now part of the beginning of Tessa's and Bastian's story...

Bastian stepped from the shadows and removed his cloak, draping it over her shoulders. The moonlight touched his face, his expression stoic and firm – so unlike the playful grin earlier.

Tessa inhaled his scent, sweat and spice. He must have used clove oil in his wash water. She felt his longing rise with the close proximity of their bodies, and her own hunger heightened, a warmth tickling her insides.

“What brings a witch hunter to a small town in Shandipur Province?” She lifted her hand and traced her finger along his shirt. His muscles tensed under her touch.

He watched the path of her finger. “Just traveling; no particular job. Funny thing, that’s usually how I find them.”

A twinge, an inharmonic chord, passed through Tessa. Something in his statement felt like a lie. “You must have incredible luck.” She lifted his chin to gaze in his green eyes. “You thought you might find a witch in Sierka?”

He opened his mouth and inhaled sharply.

Bastian attempted to encircle her waist and pull her closer, but Tessa stepped back. She shouldn’t have done that, shouldn’t have gotten so close. So she turned to the starry sky, hoping she could regain her will. The wave rolling off Bastian jumped, still a surge of desire, but confused hiccups marred the consistency.

“Did you think you’d find a witch here? You didn’t answer me.”

Bastian’s emotions drew in. “They can be anywhere.”

Tessa recalled a story her mother had told her as a child – a good distraction. “Well, I think you’re right. There’s one here.”

He moved next to her, hand gripping the hilt of his sword. “What?” All his desire vanished, replaced by eagerness and alarm. And something else underneath, darker and more feral.

“There, the constellation.” Tessa pointed. “The story of the witch in the sky. She follows you, even in a town like Sierka.”

Bastian removed his hand from his sword, the beast inside him quieting. “Yes, I know, but that one’s already dead. The sun is her head, rolling through the sky by day, soaked in blood.”

“So gruesome. My mother told me she’d find her head one day and have her revenge.” Tessa laughed. “Fairy tales.” A tale Tessa wished would come true. If it weren’t for that first witch hunter, she wouldn’t be anguishing over the one standing next to her.

He loosened his hold on seriousness, laughing with her. “She’d never do it. The witch hunter who got her, she’s on the other side of the sky.”

6. There's a cat in your lap. Curse unto those who disturb the cat. 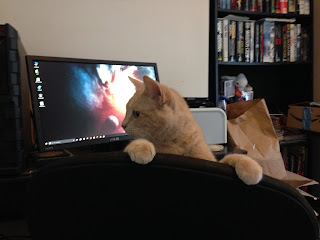 8. Your toddler tells you not to because she wants you to nap with her.

10. You'd rather play Everquest. (Hey, maybe I can just fill up all the reasons with different games -- that's a possibility!) 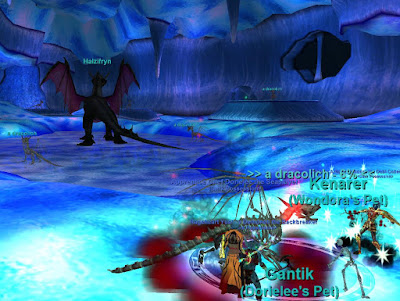