List two older fantasy novels which impacted you, then give a sentence or two why:

1. Lord of the Rings by J.R.R. Tolkien
Tolkien remains a master worldbuilder and storyteller; Middle-earth is a living testament to his tremendous skills in both arenas. Its magnificent environs and the struggles of its peoples live on long after the book is closed.

2. The High King by Lloyd Alexander
The culmination of the first four books in the Chronicles of Prydain series, Alexander expertly weaves many story threads into an emotionally satisfying whole. A compelling story about choices and how these shape one's destiny.


List two newer fantasy novels which have impacted you, then give a sentence or two why:

1. Hawkwood's Voyage (Book One of the Monarchies of God) by Paul Kearney
Brimming with military stratagem and political intrigue, Kearney's world mirrors the Arab conquests in Europe as well as the search for a new world and vividly captures societies in the midst of tremendous upheaval. Yet, seemingly sworn enemies may not necessarily be the true danger, for something darker stalks the chaos.

2. The Adamantine Palace (Book One of Memory of Flames) by Stephen Deas
I've always loved dragons, and Deas breathes new life into these majestic creatures, wherein they form the power structure of the ruling aristocracy. But the human's tenuous hold on their "power base" is threatened when one dragon disappears. Did I mention I love dragons?


List one or two of your fantasy stories, then give a sentence or two about them:

1. "Susto" (Dia de los Muertos: A Day of the Dead Anthology)
An intimate reunion becomes a struggle for survival when a curandera (folk healer) invites her deceased husband home for Dia de los Muertos and also inadvertently summons La Llorona (the Weeping Woman), a vengeful spirit out to exact revenge. A fictional reenvisioning of a popular Southwestern legend, which also incorporates elements of Catholicism and curanderismo (Mexican folk healing).

2. "Conqueror of Shadows" (Tales of the Talisman magazine, Vol. 6, Issue #2)
An Apache boy faces a cunning, hidden enemy in order to save his father's life. A great Southwestern coming of age story with supernatural elements based on Western Apache witchcraft. 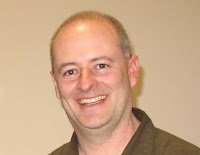 David J. Corwell’s stories appear in Cloaked in Shadow: Dark Tales of Elves (Fantasist Enterprises), Daily Flash: 365 Days of Flash Fiction (Pill Hill Press), Día de los Muertos (Elektrik Milk Bath Press), Voices of New Mexico (LPD Press/Rio Grande Books), and Tales of the Talisman (Hadrosaur Productions). He is an indefatigable promoter of his work, and his latest lineup of book signings can be found at http://booktour.com/author/david_j_corwell. David is also a 2006 graduate of the Seton Hill WPF program and the New Mexico sales rep for Fantasist Enterprises. He lives in Albuquerque with his beautiful wife and three daughters. His articles "Successful Book Signings: The Personal Touch" and "Top Ten Reasons People Give for Not Buying My Books" are part of the writing guide Many Genres, One Craft.