OK, last week I had said a review of The Sixth Seed would be next up. Life and school intervened and cut down my planned reading time, though. Instead of a review, I have something better - a guest blog post from the author of The Sixth Seed, Lee Allen Howard! If you'd like to know more about the author, please scroll to the bottom of the article. 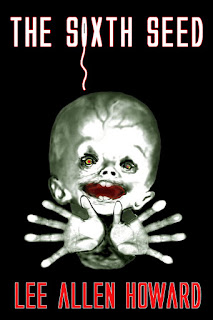 When I first began working on THE SIXTH SEED, I wasn’t planning to write anything other than a horror story. And it started out as a story, a short one, way back in 1994.

The idea invaded my mind during my drive home through rush-hour traffic as I approached the Ft. Pitt Tunnel in Pittsburgh, PA. A man gets a vasectomy performed by a doctor in league with the Gray alien race in order to produce the first human/alien hybrid. The doctor implants a genetically engineered paraseed in the man’s vas deferens, outside the cauterization point, that impregnates his wife with their sixth child—the first hybrid to develop full-term in utero.

I thought this was horror at the time. It was when it was only a 5000-word short story. 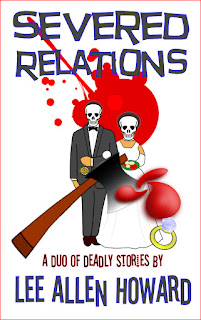 But the more I worked with it, the bigger it grew. Frustrated with my inability to get a handle on this tale, I sent it out for review and received a comment that the idea was too big for a short story; why not develop it into a novel?

When I wrapped my head around the possibility, I broadened the story arc, developed the characters, and gave them a backstory. Working on my antagonist revealed that I needed to represent his world realistically, and this included science and medicine. (Frankly, without this grounding in reality, the story would be too farfetched to believe.) So I studied up on urology and obstetrics. I was lucky to have an uncle who’s an OB/GYN and a friend who just underwent a vasectomy and was willing to give me the gritty (intensely portrayed in chapter 1).

My horror story was mutating into something else, some kind of hybrid… Was it science fiction? Kind of. Fantasy? That, too, listing toward the dark side. Definitely paranormal, in the aliens and UFO sense. And what else? Family drama. What a mish-mash. 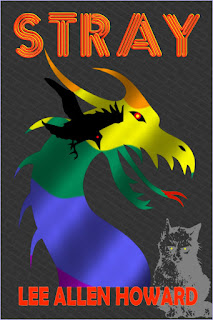 I tried to place this book for a decade, and it couldn’t be categorized. I liked it just fine the way it turned out, so I refused to rewrite it to make it acceptable for traditional print publication. I finally decided to produce it myself for Kindle and Nook.

I bill THE SIXTH SEED as “a dark paranormal fantasy fraught with suburban Pittsburgh horror.” But the science fiction is there too, in the medical procedures, extrapolated to the conception, prenatal care, and delivery of a child half alien.

Like Tom and Melanie Furst’s bizarre progeny in the novel, every great story is a unique mix of fact and fiction, science and horror, family and fantasy. Whatever tale you’re writing, don’t let genre constraints keep you from birthing the story that needs to be written. Create your own hybrid!

THE SIXTH SEED is available on Amazon.com and Barnesandnoble.com, or at Smashwords.com: http://www.smashwords.com/books/view/64365. 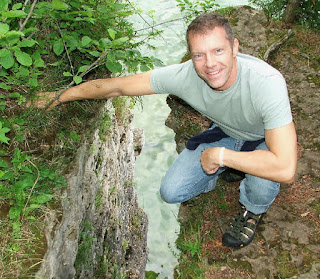 Lee blogs about writing and editing on his writer’s site: http://leeallenhoward.com. He is currently studying spiritualism, mediumship, and healing with the Morris Pratt Institute.

NEXT UP: Finding time to write!