Hi, all! OK, I know, you want the next chapter of Chains of Nect. But I've decided to change when I post the chapters on my blog. First, posting twice per week is getting to be hard, since I need more time to write! Second, by the looks of it, I think Wednesdays would be a better posting day as far as reaching people who may like to read Chains of Nect.

The chapters to Wattpad will still be posted every Friday. However, that same chapter won't be posted here until Wednesday. I hope this isn't too much of an inconvenience. I may still have some weeks where I have two posts in a week, since I do have some other content aside from the chapters planned, but that will likely be either Tuesdays, Thursdays, or Fridays (depending on what I'm posting).

As an apology, I'll leave a cute picture of a kitten below. Adorable, no? Can you tell I have kitties on the brain? Not having any cats in this house is making me a tad crazy (more so than I already am). Perhaps soon I'll have pictures of my own kittens to post. A girl can dream! 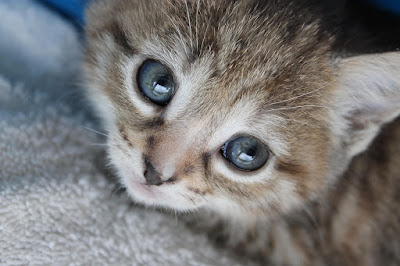