Hello, loyal readers! (Do I have any of those? If I do -- thank you for reading!) The first two Fortunes of Fate covers were bugging me. I felt like I needed to go simpler than I did, since the texture and the gold outlining was a bit distracting. So, I have redone the covers for Dreams in Shadow and Love Fades!

That's not all that's in this post, though. After you admire the new covers, you'll have a chance to vote on the cover for the next Fortunes of Fate title: Reversed! Make sure to scroll past the first two covers to take a look at the two options for Reversed. And do it soon because there's not much time to vote. 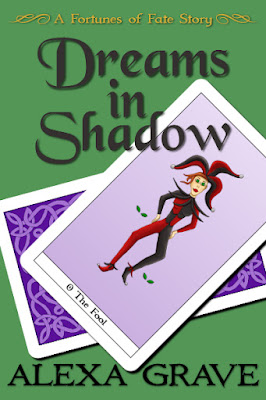 First we have the Dreams in Shadow cover. Please understand, I just pushed the changes on Amazon, so if you take a look at it there, it may be 2-3 days before the new cover shows up. Heck, it will give you the chance to compare covers at least! 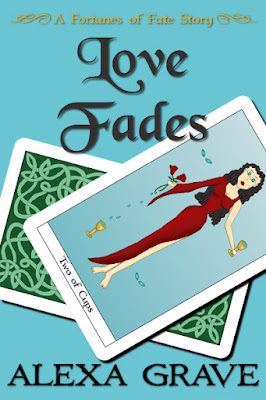 And then of course there's the Love Fades cover. I still love this story. Got to have a little bit of romance with the fantasy once in a while. As a matter of fact, I'm hoping to do a free promo for Love Fades some time in May! So, watch my Facebook and Twitter feeds if you're interested in snagging a copy. Again, the cover changes were just pushed to Amazon, so it may take a bit for them to show up on the page. 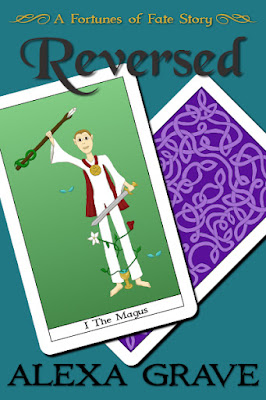 Now for the cover sneak peek you probably quickly scrolled down to see. Reversed is the third story in the Fortunes of Fate series. It will be available from Amazon on May 13, 2016, but the pre-order will be up this weekend. And I'd like to have the cover figured out before the pre-order goes live! That's where you come in. What do you think? Should The Magus card be upright (as you see to the left) or should it be reversed (below and to the right)? The latter would reflect the title, but the former might be better pleasing to the eye. 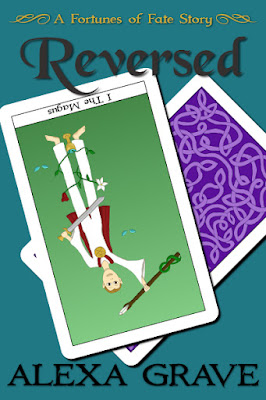 Take a look at the covers and let me know what you think. You may post here, on my Facebook page, or on Twitter. If you want to keep your vote super secret, feel free to use my Contact page to e-mail me your vote. I will be taking votes up to Noon CDT on Friday, April 22.

EDIT: The REVERSED version of the cover won the votes! And the pre-order for Reversed is now up on Amazon!