If you look on the left side and scroll down a bit, you'll see my word count trackers. Thorns is over halfway through the first draft! It's coming, word by word, even with my kids driving me crazy and making it hard to write. Right now, I'm aiming for an early 2018 release. Hopefully that's not too long for all of you to wait between the first and second novel. One of these days I'll be able to write faster (two and a half years until the youngest is in Kindergarten).

One of the things you'll notice about this list is that some of the songs are the same. I mean, those songs completely evoke the mood of my series for me, so you know you'll see some repeats for the final novel when it's being written, too.

Here's some amusement: I'm listening to Pandora while I write this post, and one of the songs (found on both of the lists) just played while I was typing. Serendipity?

Oh... you want to know which song? How about this. Guess! Put your guess in the comments of this post, and if you get it right within the next two weeks (when my next post is planned), I'll send you a bookmark of Mind Behind the Mind once I make them in the next couple of months. Sorry don't have them yet to show you, but I'll be working on them soon! I'll let any winners know two weeks from this post if they got it right by replying to their comments, and give an email address where you can let me know your mailing address if you want me to send you a bookmark. ;)

Anyway, here's the soundtrack I'm listening to while drafting Thorns Entwine the Blade: 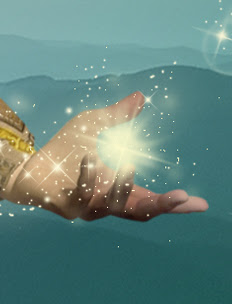 So, are these songs any better than my last list? Or are you still wrinkling your nose at my taste in music?

I almost forgot! See that hand with the ball of energy? Yes, that's a sneak peek of the Thorns Entwine the Blade cover! Next month I'll be doing an early cover reveal for my newsletter subscribers. If you're eager to see the whole thing sooner rather than later, make sure you Subscribe to my Newsletter.

Happy reading and happy listening, everyone!