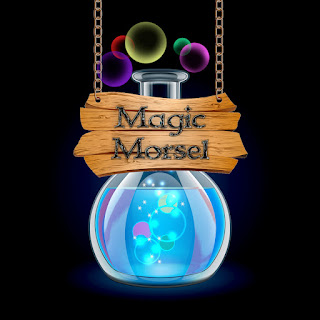 Where exactly did the month of November go? Well, it's gone. That's for sure - lol.

My kids failed as spectacularly as I did. Maybe if I had pushed myself more, they would have as well. But as usual, November ended up being such a rough time to write. Between planning holiday gifts, Thanksgiving, and some family issues to deal with this year, the second half of the month blew up in my face.

I did add 6495 words to Magic Morsel, so I exceeded 2020's total. And hey, I have episodes scheduled for that on Kindle Vella through the end of the year now. ;) Any progress is good progress, yes? Yes.

My 25k goal was still overly ambitious, though. That goal changed the first week, as I felt burned out after three days straight of writing. I think next year I'd rather take a look at my monthly word count average, and then aim to up it slightly for November. Now, if I remember that, all the better. In all likelihood, I'll want to try to torture myself yet again with an insane goal because... NaNo!

I hope all of those who tackled the NaNoWriMo challenge are happy with their accomplishments for November, even if 50k wasn't reached!