So, it's been about a year since I wrote up my first Genshin Impact post, which means I'm way overdue for the next!

I'm clearly still addicted to Genshin... I mean, Sony's 2021 update said I played 1062 hours last year (and that's just on Playstation - I may have made a second account on my computer, but I haven't played that one too much - heh). At least my addictive personality gloms onto games instead of more destructive pastimes?

Oh, and I've kicked Summoners War to the curb (it was fun while it lasted, though). I still try to squeeze in some time for Everquest, and I also play Epic 7 (super casually) and Castle Cats on a regular basis. I've been making my way through Persona 5: Royal (which makes this the third time I've played Persona 5 - haha) as far as normal console games go.

Wow, that was a tangent. I should really post more often about gaming!

The rest of this post will be tons of Genshin Impact screenshots because... all the awesomeness. I'll make a note for each one. Enjoy, and happy hunting! 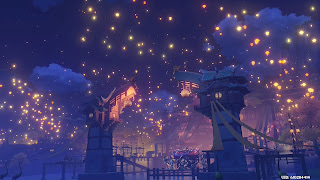 I figured I'd start with the Lantern Rite festival, since we're currently in the middle of it, in-game. This shot was from last year. 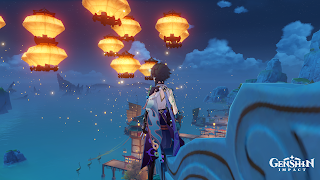 Yes, I got Xiao last year! And this is me releasing a bunch of lanterns with him. 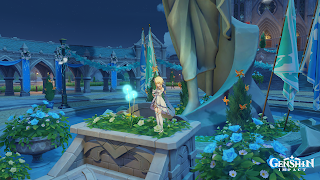 This is during the Windblume festival. All the flowers! Lumine here is the female protagonist/main character (you get to choose her or her brother Aether to play at the beginning). 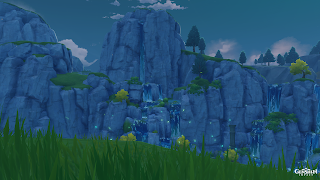 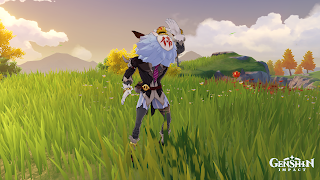 The Unusual Hilichurl. He's in a different spot each day - always fun stumbling across him... and then attacking him to work on my achievement. ;) He always disappears into a suitcase, leaving some cabbages behind. 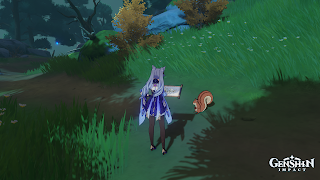 So, this squirrel was bugged and wouldn't run away per usual. I decided to have some screenshot fun. Doesn't it look like Keqing is reading to the squirrel? Lol. 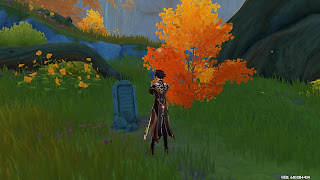 Zhongli at the end of one of his questlines. He's still my favorite character to use, and he's a bit of a crutch for me. I think I have a thing for meteors (I still love all the meteor spells in Everquest, too). 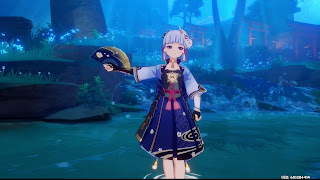 This is Ayaka from the end of her main questline. And yes, I got her! She is wicked DPS, too. Hubbie kind of wishes he would have gotten her as well. 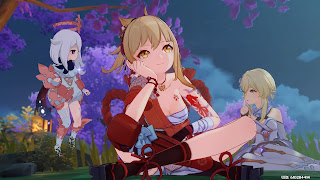 Here we have Yoimiya. I don't have this character, but Eldest does. I just couldn't pass up posting this awesome screenshot. 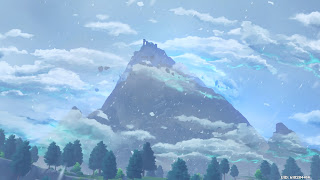 Oh, look at Dragonspine. So cold and foreboding, no? 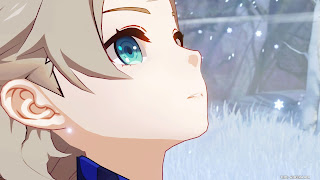 Here's Albedo - this was during the winter event on Dragonspine. Fun storyline! Currently Hubbie is the only one in the house with this character. 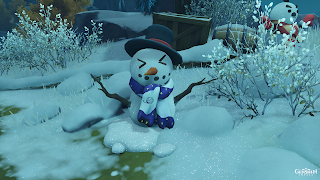 Do you want to build a snowman? That's one of the things we got to do during the winter event! 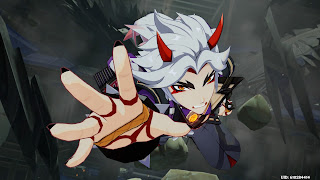 Arataki Itto, the One and Oni (yes, he really says that). I love, love, love his personality. And bashing creatures with him, as well. As a plus, the voice actor is the same one who does Ryuji in Persona 5! There was no way I wasn't going to grab this awesome character. 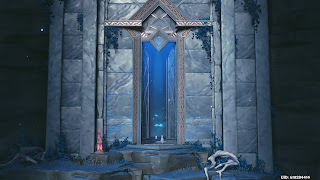 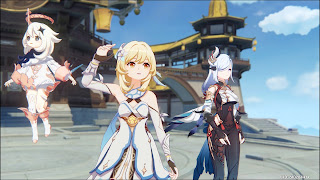 Going up, up, up in the Jade Chamber! That's Paimon, Lumine, and Shenhe. Paimon is your ever-present travel buddy. And yes, I managed to get Shenhe, too. 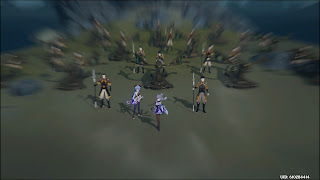 I was so thrilled I actually got this shot, as I thought I missed it. That's Keqing and Ganyu leading the troops! 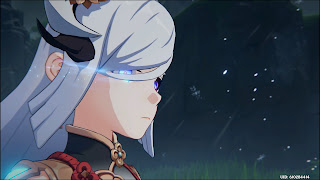 Finally, sad Shenhe. This scene was even more beautiful to witness live. MiHoYo does do an excellent job with all the cutscenes - just awesome graphics, in my opinion.

And that's all for my waifu and husbando worship for now! Do you play Genshin Impact? If so, who are your favorite characters, and have you gotten any cool screenshots while playing?