Why I Think I Love Fantasy by Rachael Pruitt


As is probably the case for many of us, my life has literally been changed by reading works of fantasy. That said, ironically, I do not usually read fantasy as a genre. My reasons for this are many, but probably boil down to the fact that I find most fantasy to be either so densely written that characters are nonexistent or--on the other extreme--so action-packed and superficial that I feel as if I'm reading Ian Fleming on steroids.

Yet when asked to rank my favorite classical and current fantasy authors, it is hard for me to limit my choices. I guess this is because, for me, when fantasy is great there is no other genre as powerful. 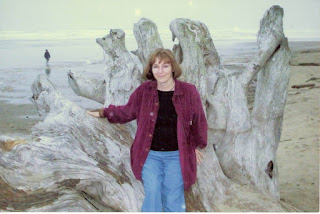 What is it about successful fantasy that makes it so powerful? The works I've listed below all offer a balance of brilliant world-building, believable characters, and the great pacing, suspense, conflict, and dialogue we are trained as writer/readers to look for.

Yet it is the pervading sense of wonder that, I believe, makes fantasy unique--and not merely the kind of wonder you feel watching the ocean at night or the last fireworks on the Fourth of July. I'm talking about the kind of wonder you experience when you smell your grandmother's perfume in the air of the room where she died--three years ago. The kind of wonder you feel when you turn off the highway and take a back road you've never seen before, a road that twists and bends through hills and farmlands, through villages so tiny they have no name unless you live there--all of a sudden, you realize you are lost--and a mist begins to rise . . .

The kind of wonder you feel when your heart opens up to a whole new world.

So here is a list of fantasy novels which have offered me enough wonder for a lifetime:

1) CS Lewis' The Lion, the Witch, & the Wardrobe. This was my first introduction to fantasy as a six-year-old. Although I never got into Lewis' later Narnia novels, L,W, & W influenced me so much, I still look into strange closets with a sense of anticipation. You never know.

2) Evangeline Walton's Mabinogion tetrology (recently reprinted in one volume & available on Amazon). Based on ancient Welsh mythology, individually these novels are titled Prince of Annwn, The Children of Llyr, The Song of Rhiannon, and The Island of the Mighty. I discovered these beautifully-written retellings when I was nineteen. Of Welsh ancestry myself, Walton's novels changed my life, haunting me with their romance, poetry, and tragedy, and turning me into a "myth addict" long before I ever heard of Joseph Campbell!

They were one of the earliest inspirations for my own Arthurian novels, also set in mythic Wales.

The only minor criticism I have about Ms. Walton’s writing is that, interspersed with her lyrical prose, she has a habit of putting feminist theory into the mouths of mustached Welsh warriors, a juxtaposition that very rarely works!

Historical Note: Walton actually wrote her books in the 1930s & 40s (predating Tolkein), yet it took until the early 1970s for her to find a good publisher. Song of Rhiannon won the Mythopoeic Fantasy Award in 1973 & Evangeline Walton herself won a World Fantasy Award for Lifetime Achievement, almost solely on the basis of these four novels. An interesting final fact about Ms. Walton is that she was treated with silver nitrate for bronchitis when she was a child, which caused her fair skin to turn grey & darken as she got older. According to Wikipedia, when she became well known as a fantasist in the 1970s, "her blue-grey skin made her appearance exotic, much like a benevolent deity from an Etruscan tomb fresco." (I was thinking more along the lines of Avatar!).

3) Guy Gavriel Kay’s Fionavar Tapestry (a trilogy of three novels, The Summer Tree, The Wandering Fire, and The Darkest Road). Begun in the mid 80s, these are Kay’s first novels, written before he hit on his template of creating fantasy worlds based on historical cultures. These are also my personal favorites. Here Kay simply creates a marvel-filled mythic world, clearly influenced by Tolkien, with the distinction that many of the primary characters are from Earth. Not only are his characters and setting wonderful, but so is his underlying concept: that the mythic realm of Fionavar is the origin of conflicts that will be played out on Earth as well. This not only ups the stakes, but is a fascinating--if chilling--idea. Especially interesting to me, as an Arthurian author, is Kay’s use of the Arthurian legend in his trilogy.

1) Charles de Lint, especially Someplace to be Flying, Forests of the Heart, & Onion Girl. Charles de Lint is well known as being one of the first, if not the first, fantasy writer to develop the modern urban fantasy genre. I stumbled across some of his earlier works in the 80s (Yarrow and Moonheart remain favorites) and was transported back to my childhood fascination with CS Lewis-like wardrobes--those not-so-distant other realms, glimpsed in shadows just beyond my line of sight.

Although some of de Lint's earlier works are a bit thin on character development, his mythological knowledge is encyclopedic--& wonderfully woven into his novels. Additionally 1) his sense of magic, whimsy, & creativity 2) the charisma of his themes regarding the importance of art, freedom, magic, and the nature of mystery and 3) his written ability to conjure believable scenes in which real fairies and goblins appear in neighborhoods populated by artistic street kids and/or Goth musicians are all delightful.

He remains a unique & beloved talent in my book.

2) Judith Marillier's Daughter of the Forest, the first book in her Sevenwaters series, is a retelling of the Irish legend of the Children of Llyr. A haunting adult fairy tale, Ms. Marillier sets her story in ancient Ireland. The daughter of the title must save her older brothers who have been turned into swans by their evil stepmother.

Marillier's work and Jane Yolen's Briar Rose --which sets the story of Sleeping Beauty against the landscape of the Nazi Holocaust--are, to me, the two finest examples of adult fairy tales I've ever read. Both authors demonstrate deep respect and understanding for the power of mythic structure and are adept at plotting, characterization, and suspense.

3) Fantasists Maria Snyder (Poison Study), Carol Berg (The Soul Mirror), Lynn Flewelling (The Bone Doll's Twin), Sharon Shinn (Archangel), and--of course--Suzanne Collins and her Hunger Games trilogy are all brilliant at world-building, characterization, and plotting/suspense. Their individual "voices" are quite distinctive, but they are all an equal joy to read and have a treasured place on my bookshelf.

My Novel: The Dragon's Harp

A friend recently asked me what writers most influenced my own writing. I started to laugh because the answer is an unlikely hodgepodge of early Stephen King, Charles de Lint's urban/mythic fantasy, and Anya Seton (For those unfamiliar with her, Ms. Seton was a historical author of the 50s and 60s noted for her excellent research, romantically-themed plots, and fantastic writing ability. She was also noted for creating memorable, multi-faceted female protagonists--particularly admirable in an era when such women just weren't being "written".)

So this unlikely combination of influences has resulted in my first novel, an Arthurian historical fantasy, The Dragon's Harp. First in a four book series, Dragon's Harp opens as an aging Queen Gwynhyfar begins to tell the story of her youth to a young refugee girl she has saved from the Seaxons. In my version of the legend, Gwynhyfar is growing up in northern Wales, Merlin is her uncle, Vortigern is a serial killer, and Gwyn herself is torn between the gentle Christianity of her mother and the magical Druidic traditions of her grandmother and Merlin--traditions that reflect both the majesty and brutality of her world.

Here's a taste of the beginning:

Gwynhyfar:
The Coast of Scotland
510 CE

Men have called me beautiful. But the gods men worship now have cursed beauty.

My name is Gwynhyfar, born daughter to Cadwallen, Ordovician King of Dinas Emrys in the North. As a young woman, I married Arthur, High King of all the tribes of Albion. I am no stranger to the ways of sovereignty. I know much of pride and stature. Yet I am old now. I see my past and shudder.

---End of excerpt, The Dragon's Harp by Rachael Pruitt


In conclusion: my long awaited website should be up and running this June and will include excerpts from my novel, articles, & poetry. It will also offer interactive Arthurian artwork & story-creation, links to other sites about Celtic culture & mythology, and other interactive components referring back to my work as a teacher of personal mythology--"Myths for Our Time". Come join me, be inspired, & play!!

Rachael Pruitt is a writer, storyteller, and teacher with a lifelong fascination for Celtic mythology and the Arthurian legend. Her Arthurian poetry has been published in Paradox magazine (2008 and 2009) and she has just completed her first Arthurian novel, The Dragon's Harp, a retelling of Gwynhyfar's coming-of-age. Currently an English as a Second Language teacher, Rachael has also published nonfiction articles detailing "Myths for Our Time", a personal mythology process she developed while an Artist in Residence in the Pacific Northwest.