So, I thought Heidi Ruby Miller would be up this round, but instead we have a wonderful blog post from K. Ceres Wright! My apologies for the change of direction. And it's even more of a change of direction because this time it's about science fiction, so this time we'll say it's the Many Genres, One Craft series on fantasy (and science fiction). =) If you would like to know more about the author and Many Genres, One Craft, you'll find further information below the article.

The first science fiction book I remembering reading was The Wonderful Flight to the Mushroom Planet. I would read it over and over again, and remember spilling cocoa on several of the pages as I sat in bed at night. What appealed to me was the notion of a lone scientist who could discover something important through a clever invention of his own, in this case, an undetected planet orbiting Earth. One could only see it through a special filter. The scientist persuaded two boys to build a spaceship and travel to the planet. Upon arriving, they found that the Mushroom people were dying due to a lack of sulfur. But they rectified the problem by leaving their pet chicken on the planet. Anyone who’s smelled rotten eggs know they contain a lot of sulfur.

As I got older, I discovered Isaac Asimov, and delved into his short stories and eventually his novels. After I read his Robot series and Foundation trilogy, I didn’t think science fiction could get any better. He had told an epic tale of human space travel over a span of about 20,000 years, and the rise and fall of the Galactic Empire, which mirrored, of course, the fall of the Roman Empire and the onset of the Dark Ages.

I think history is a wellspring of ideas for science fiction because you can take basic themes, events, and characters and just inject them into a new universe. Characters can make the same decisions as historical figures, for good or ill, but they may or may not get the same results. It just depends on the nature of the writer’s universe. For example, slaves threw open the gates of Rome to the Visigoths in 410 because they were fed up with oppressive treatment. However, if in your universe, the slaves are well treated and can expect to eventually climb the social ladder, the outcome would most likely be different. They may use the impending invasion as an opportunity to negotiate full civil rights, or they may defend the city and take advantage of the period of rebuilding to secure their rights. It could turn out any number of ways, but the important thing is to make sure the effects logically follow from the causes. And to do that, you have to make careful study of not only history, but human nature.

Speaking of human nature, out of all of Asimov’s books, my favorite character was Dr. Susan Calvin. She was intelligent and objective, like a detective of sorts, as she teased out the reasoning behind many a robot’s behavior. And she was quirky, preferring the company of robots to humans, as it were, not the stereotypical lone female in science fiction who needed rescuing. I think it was her so-called quirks that made her endearing. 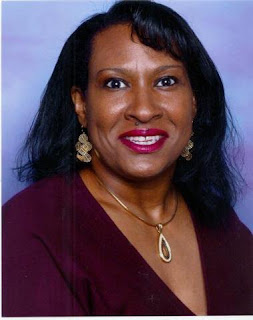 I love cyberpunk, but I came late, having first read Neuromancer by William Gibson in 2004. It was written in 1984. I had discovered it on the book shelf of a colleague at work. The cover was awful, but the promo at the top said it had won three major science fiction awards, so I thought it couldn’t be that bad. And when I started reading, I could hardly put it down. I was amazed by Gibson’s use of language. His prose was tight, efficient, hardboiled and reminiscent of Dashiell Hammett, but startlingly original, as were his concepts of “jacking in” to interface with computers. He sliced in pop references throughout the book, metaphors for the modern age. Gone were the pristine cities and heroic characters of traditional science fiction. Here were the anti-heroes, urban decay, and moral ambiguity representative of today’s society.

Another author who has captured my imagination in the realm of cyberpunk is Richard K. Morgan. In his book, Altered Carbon, a person’s memories and personality were stored in cortical stacks in the spinal column. When the body died, the stack could be downloaded to a new body, or sleeve. Stacks could also be copied and updated, to ensure against permanent damage to an already-downloaded version. The book’s protagonist, Takeshi Kovacs, was an ex-soldier whose sleeve had been enhanced with specialized neuro-chemical sensors that increased physical strength, intuition, and the five senses, delving into the realm of biopunk. Morgan’s writing style is hardboiled, as well, but makes use of beautiful descriptive narrative.

My short story, “The Haunting of M117,” in Genesis: An Anthology of Black Science Fiction, is not cyberpunk. I would describe it as a combination of science fiction and paranormal. My protagonist is a Gullah healer who’s been sent to a planet, along with practitioners of other religions and the occult, to exorcise demons that were released when particle beams collided inside the Titanic Hadron Collider on planet M117. She has a secret guilt, which she has to overcome, in order to save the others on the planet.

For the book I’m writing now, tentatively entitled, Cog, I’ve endeavored to use the hardboiled narrative style I like so much. I also enjoy making up new words, forcing the reader to use context clues to understand what I’m talking about.

My protagonist is an heiress to a wireless hologram company, and finds out one day that her father is in a coma, her brother embezzled money and skipped town, and the company’s vice president wants her dead. She’s forced to return to her friends from the street, back when she was a drug addict, for help. Here’s an excerpt:

He led a squad of skeemz rackers on the other side of Baltimore, in Owings Mills. They worked out of the basement of the mall. Nothing like Tuma’s operation, though. They were connected. Really connected. His programmers just sat, wearing fryers, writing skeemz for weeks at a time, their medinites monitoring and patching the effects of inactivity, nourishment forced into them intravenously. They looked like hollowed-out corpses, skin and flesh sagging on their bones, but man, the end product seemed worth it. Groundbreaking, visionary shit. Everyone wanted a Lydo skeemz. Best in the business.

We’ll see how it goes…

K. Ceres Wright is a writer and editor for a management consulting firm. Her story, "The Haunting of M117," appears in Genesis: An Anthology of Black Science Fiction, Book 1. Her poem, Doomed, was nominated for a Rhysling award. She lives in Maryland with her son, Ian, and daughter, Chloe.

NEXT UP: Unless something catastrophic happens, I promise that next week we will have Heidi Ruby Miller's addition to the MGOC Fantasy Series!
Posted by Alexa Grave at 7/13/2011 10:50:00 PM