OK, OK. Yes, we have three new kittens! We intended to only get two, but when we went to the local Humane Society, there was this litter of four kittens. I wanted the black one, hands down. I also was attached to the buff one. However, my husband and daughter loved the little gray one. Our compromise was just to get all of the ones that we liked instead of making one of us sad. The people at the Humane Society assured us, the last kitten in the litter would be much easier to adopt out as a single kitty (there was just no way we could take four - three was pushing it!).

Meet the Trio of Terror! Don't let this picture fool you. I am utterly amazed I was able to grab my phone quickly enough to snap a picture of all three of them together where they were all clearly visible. This awesome picture took two weeks of patience to get. They don't like to sit still, and when they're sleeping, they're rarely all in the same spot. 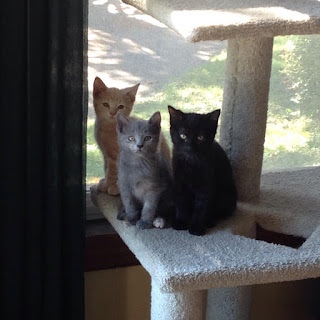 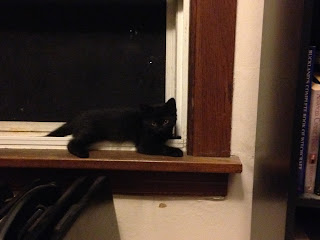 First up we have Nightshade, Shade for short. I also call him Boo Kitty. Oh, and Binky Kitty, since he likes to play with the toddler's pacifier. As you can see, he's piled up the nicknames already. We should also call him Veggie Kitty. For some reason he loves veggies. He nabbed a piece of broccoli the second day we had them, and he growled at me when I tried to take it from him. No plate of food is safe on the table with him around. 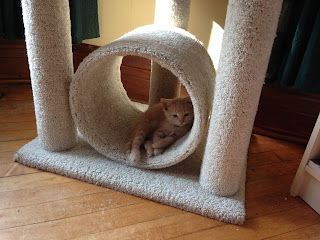 Then we have Rikku. Yes, her name is from Final Fantasy X and X-2, and I've been warned she'll become a little thief because of it. She's already a little rascal, of course, and she throws down with her brother spectacularly. She likes to suckle things, and her favorite spots to sleep are on soft things, especially our pillows behind our heads in bed when we're chilling upstairs. Her teeth are rather sharp, and she makes sure we're aware with her love and play bites. 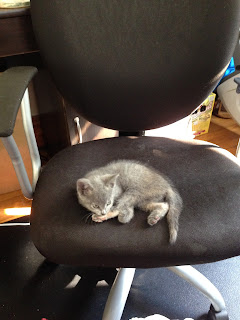 Finally, there's Sylph. Her name is a type of fairy as well as a summon from several Final Fantasy games. She is the peanut of the bunch. However, her energy is boundless. She doesn't let her size stop her from getting into everything with her siblings. And she loves plastic bags. If I hear one rustling somewhere, I know it's her playing with it, or trying to curl up to sleep on it. We also can't let her sleep on the pillows like Rikku because she will play with hair, and then there will be kitten claws and teeth all caught and tangled in your hair and you'll be screaming for someone to help you get her out! I may speak from experience.

The hardest things with these little fluff balls is keeping the toddler in check. She's kind of a mean child. I'm waiting for the day the kittens teach her a lesson. Rikku's already scratched her twice, but she has yet to learn. One day. I hope.

But I digress. Back to kitties. Not only are they so stinky that one poop in the litter pan can clear a whole level of the house. They're also little piggies. I guess that might explain the poop. 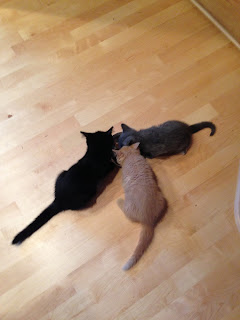 They're also naughty as hell. 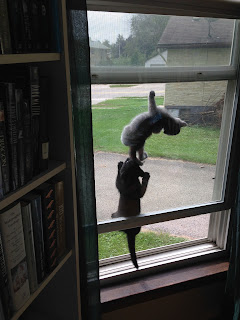