Remember this post: Kitten, Kitten, Kitten? Well, I figured we're about due for more kitten pictures. Though, nowadays, you'd think they were full grown cats! Our little stinkers are going to be huge! 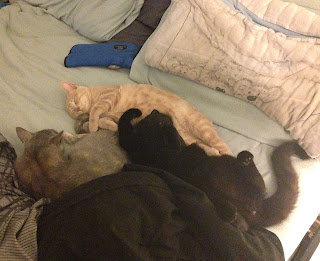 The kitty pile picture above is from January, almost 2 months ago. So, they're about 6 months old. Big, no? And now they're even bigger at 8 months old! I mean, what happened to our cute little runts that could barely jump onto the bed? I think I fed them too much. 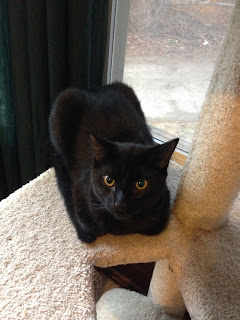 We have learned that Nightshade is the naughtiest of the bunch. He is still dubbed Shade and Boo Kitty, but he's also added Billy Goat Cat to his aliases. he jumps up on everything. Nope, not an understatement. This is the kitten who decides being on top of the cabinets is a great place to be. Counter to fridge top to corner shelf to cabinet top. Little snot. And of course he goes after anything that looks dangly or small and plastic. The worst thing, though? He is not graceful. So when he jumps on top of stuff, things get knocked over. I was tempted to buy him a bell so we know when he's being naughty, but honestly, he's an oaf -- we already hear when he's being naughty. My eldest daughter is his favorite human. He loves licking her chin as if he was a dog (clearly he never got the memo that he's a cat, not a billy goat or dog). 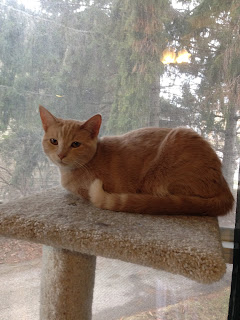 Rikku is my chest cat. Yes, chest cat -- a lap isn't good enough for her. She's my buddy. Now I know why I was drawn to her when I first saw her. I also call her Fluffers and Alto Kitty. She has the lowest meow I've ever heard from a cat! She is also Rikkuku Cuckoo Cat when she gets in her squirrely, crazy moods. Annoyingly, she still suckles, and wakes me up at night when she's doing it! She also thinks it's great fun to lay on top of the toddler when she's sleeping. As if we don't have enough problems keeping the toddler asleep. Right now, she's the smallest of the three. I hope she stays smaller. I want one small kitty, like my Roland used to be. I love my little blonde tabby, but I think it will get rather cumbersome if a fifteen pound tabby tries to curl up on my chest. 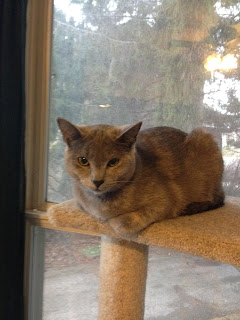 And finally Sylph. Remember this little runt? A runt no more! She is already becoming the resident fat cat. She has a huge belly on her. I also call her Sylphster and Fiddledeedee. Mostly she's the Tortie, sometimes Tubbie Tortie. She loves stealing my spot in bed, and she is a scavenger. If you are preparing any type of food in the kitchen, she is under your feet waiting for you to drop something, anything. Also, if you don't feed her ASAP, she will start chewing on the strangest things. Like the metal stove, the corner of a wood stair, plastic. We've been trying to find the right food for them and when they were only on canned food throughout the day, she was all about chewing on stuff she shouldn't! 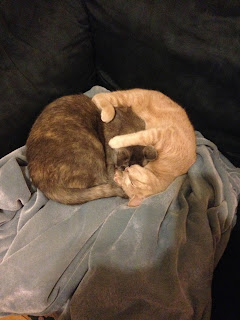 All in all, even though they can be naughty rascals, they're all still sweet kitties. And I think we finally got that stinky poop issue under control. Well, it's still stinky, but it doesn't make you want to run out of the house anymore at least. I hope you enjoy all of the pictures! 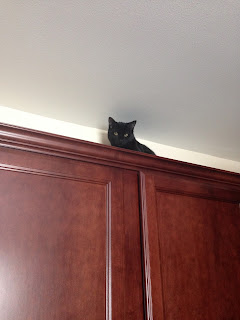