Welcome to a mishmash post! It has seriously just been one of those months where I've felt like I'm only treading water and not making any forward progress. You ever feel that way? I'm sure I'm not the only one.

I know I've made some progress, though, even if it doesn't feel that way. I did another revision of Void of Intuition (the pre-order is up on Amazon, and it will be released on August 13). And I've started Thorns Entwine the Blade! If you'd like to see a really short snippet of the prelude (this is early draft material, remember), keep reading. 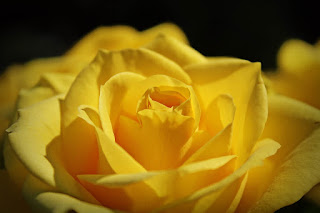 OK, so I haven't updated my progress bars for a while. Ignore those. They lie. It's obviously not June, and I do have some progress on Thorns, really. I'll try to update them next month because this month is already a lost cause for tracking anything.

One of the issues this month is that it's been so damned hot! Last week Tuesday the temp just jumped, and its been hanging in. We don't have central air, and right now our only window A/C is in our bedroom. It's kind of hard to cloister myself in there alone with a toddler (who naps in our bed). This weekend I wanted to run out and get a cheap A/C for the computer room, just so I could be cooler. I can't think in this heat! Right now I'm having a hard time putting words together in this post. And well, you didn't see a blog post last week, did you?

I wish we had enough money to tear up our house for central air, but with radiators for heating, that's not going to happen. If wishes were horses... Yeah, you know how it goes.

I'll admit it, though, it hasn't just been the heat. That first week of July when hubbie was home to work on the bedroom, well once he was done it kind of turned into a vacation for the both of us. Mainly because Pokemon GO was released (the timing couldn't have been any better - it was released the evening of the day he finished the room). I needed the break, anyhow.

Yes, I've still been playing Pokemon GO, but not as often as the first week. This week, though, eldest daughter is done with summer school, so now I have both of my little knuckleheads at home all the time. You'd think eldest could play and entertain youngest while I get stuff done. Oh, no. No no no. Youngest gets mad at everything eldest does, and eldest doesn't know how to interact with youngest to make it so she doesn't scream as much. I'm getting nothing done because when they're both awake, all I'm doing is putting out the flames of an angry toddler. And when youngest is napping, I'm so exhausted from the heat and the tantrums that I make progress on nothing. And even if I try, I have eldest singing the "Can I?" tune every five minutes.

That's enough excuses for this post. Again, I have gotten some things done, but at this point, I'm calling summer a bust for huge strides. August I'm going to spend some quality time with my girls, deal with the Void of Intuition release, prep the pre-order stuff for Beguiling Moon, and announce wide status on several stories (more on that in another post). Oh, and I'll aim for 1k words a week on Thorns because if I reach any higher, I'll be sure to splat.

What, have you been waiting to read that snippet from Thorns Entwine the Blade. Well, here's a look at the beginning of the prelude, which is part of the history of Leera, so I'm not spoiling anything that happens in Mind Behind the Mind.

The sun was the color of God's yellow rose. A rose Teela Mahron would never smell again.

It was her choice, of course, which made it even harder. But there was no other way, no other person willing to sacrifice her closeness to God. Her God, who didn't condone blood to be spilled, no matter the reason.

And Teela had a perfect reason. She had to eradicate God's Bane from Leera, lest the witches poison the hearts and souls of all those whom God sheltered. To hunt the witches, she had to step out from under God's shadow and follow her own path.

Today was the day she'd take that first step, on this prairie.

The witch trembled on her knees, hands clasped and raised in a plea, Teela's curved sword blade at her throat. "What have I done?"