OK, so I'm usually the last person to jump into something that can be seen as a "fad" (heck, usually I run the opposite direction because I hate being part of the crowd - lol), but when Shelley Adina started talking about Washi tape on Facebook, I was curious. Off to Google I went, intent on discovering what exactly a Bullet Journal is. (Yes, I had no clue that these things were so popular. Fine, I live under a rock then.)

And I got crazy excited by what I saw.

Hello, world. I am an obsessive list-maker. My husband thinks I'm crazy because of all the lists I make. I am also in love with pretty pens. All the colors make me drool...

However, I still haven't found a list-making tactic I am completely happy with, which is why I was so excited to try a Bullet Journal.

I read the basics on the Bullet Journal website, and then I watched all the videos on the BoHo Berry site (if you are considering starting a Bullet Journal, I highly recommend these).

After some thought, I figured I'd attempt both one for personal use and one for writing (with a tiny bit of overlap). Yes, I know, with a Bullet Journal you're supposed to use it to integrate everything in your life. But I thought it would be awesome to have a separate Writing Bullet Journal so I could page back and solely look at my writing progress throughout the year (I know a bonus to these is it can also be diary-like, but for some reason I'm not that into gushing about feelings in these things -- maybe that will change eventually). 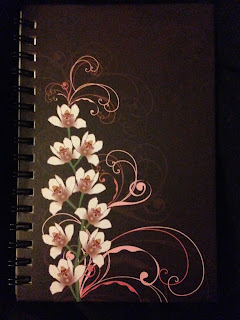 I started my personal one in a regular notebook the final week of 2016, and my writing one at the beginning of this year in a nice Piccadilly journal I hadn't written anything in yet. I didn't want to invest tons of money in new stuff until I knew if I liked it, though I did buy a kitty stencil and a couple rolls of Washi tape... and then stickers (more on these later).

What do I think so far?

Well, I'm not thrilled with the personal one. It may be the notebook or that I'm using a set of InkJoy pens I had on hand (which I have grown to hate - they make me want to never touch a ballpoint pen again). I used some old stencils I also had and then doodled a little with the kitty stencil I bought, but I'm still meh on it (thought I'd love stencils, but honestly, not a huge fan right now because I feel like I'm wasting too much time doodling). And I kind of feel panicky with it sometimes because my to do list before the Bullet Journal was a spreadsheet with a list of things to do for the entire week. Yes, I know I can adapt the Bullet Journal to whatever I need it to be, but the thought of writing out a whole weekly to do list makes it feel more overwhelming. Even now I have the habit of migrating too many things once I turn the page, which means I have the first day of the spread with too many items on it.

I do like the Habit Tracker, though. That's quite nice. Part of me is tempted to only do a Habit Tracker each month in it and go back to my spreadsheet for my to do lists.

How could I have such differing feelings? Who knows. Maybe it's the stickers? I just can't seem to find the desire to add stickers to my personal one...

Anyway, I'm using a little of the Washi tape in my Writing Bullet Journal, but not going too crazy with design. Here's my title page! Isn't it pretty? Book Washi tape! And yes, I'm happy I don't have messy handwriting. I'm using a Micron pen, which I had on hand because I use them to do the outlines on my hand-drawn versions of the Fate Tarot cards. Love the Micron, though I'm tempted to try Staedtlers because Walmart actually carries them not in a pack of varying sizes. 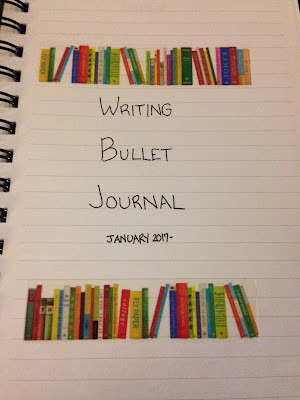 And here's the month of January! I kept things simple, but I'm tracking how many days I write. The colors are from gel pens (I bought a 100-pack back in November to do some coloring, and I really like using them in the Bullet Journal as well). 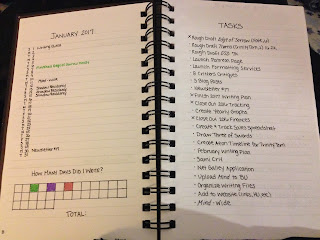 I also wrote in my 1-Year Plan. Though I also have that typed up in a Word doc, it felt good to write it down in my Bullet Journal as well, like it solidified my goals more. And yes, those are sparkly heart stickers! 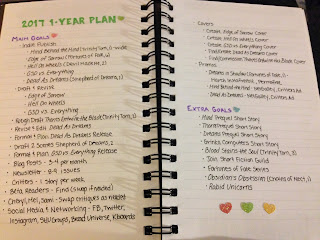 Finally, here's the guts of my Writing Bullet Journal. My dailies! And I love this so far. Mostly because... stickers! If I hit my writing goal for the day, I get a sticker (I may do a smaller sticker if I write but don't hit goal, too)! When I started the Writing Bullet Journal and wrote down my first daily writing goal, I felt like I was missing something. Stenciling felt like too much work, and I do love stickers but never have anything to use them on. I quickly demanded my husband take me that night to Walmart so I could buy some stickers. A sticker is my reward for actually writing. True, I don't succeed everyday, due to life (and exhaustion), but I don't seem to get too sad not seeing everyday with stickers. Even though the thought of earning a sticker still encourages me! So this seems to be working well for me. 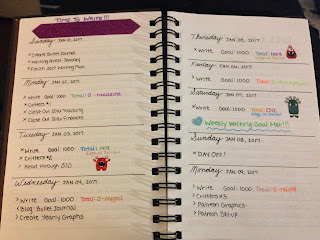 As you can see, I'm keeping things pretty simple. I have a little "bling" with some Washi tape, the stickers, and the colored gel pens, but I'm not spending tons of time making it look all fancy. It's still pretty to me!

I also started a section for Ideas and Mindworms (when one popped into my head one night). I know I'm not quite two weeks in, but I'm thinking I'll be sticking to the Writing Bullet Journal (even if I do have a master list of monthly tasks on another tracker, which I can access from my phone -- I don't check and update that one daily). We'll see about that personal one...

If I come up with any new layouts, I'll be sure to post an update! Maybe I'll even post one if I have an awesome streak and a bunch of stickers. <3

Revise Do Not Go Gentle 6.3k