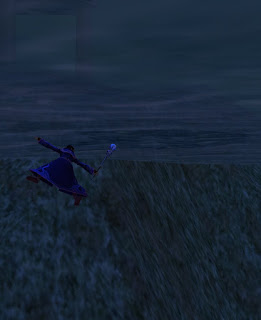 Last time Morrigann showed us how fun summer can be for a necromancer. Well, winter is even more of a blast! It's not wise to go for a swim in winter, especially when the river is covered with ice! Oh no, poor Morrigann looks like she didn't make it out, and she was so close. Is she still alive? Will someone rescue her? 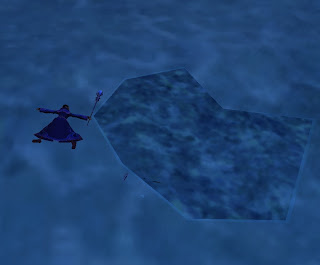 Phew. It looks like she made it out. Perhaps her pet dragged her to safety--they may look like bones or shades, but those necro pets are strong! Wait, is she moving at all? She better get inside where it's warm, or she's going to become a necrosicle. Poor thing. 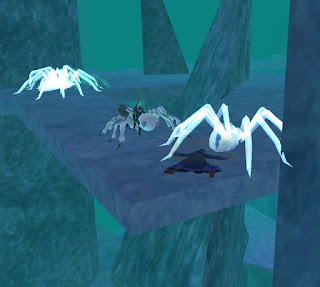 Looks like she finally did make it inside, but she's in an ice cavern! That's no help. The indigenous spiders saw her as a hostile creature. Eek! Better flop before she gets eaten. But be careful, those ledges are slippery. She may just fall off, and those darn spiders don't want to leave her alone. 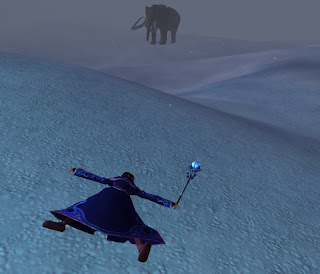 Go, go undead polar bear army! Kill the beast! Because, um, Morrigann's health is dropping. Er, come on polar bears, you're supposed to kill the thing. Ack, Morrigann is going to have to flop if she wants to survive this one. 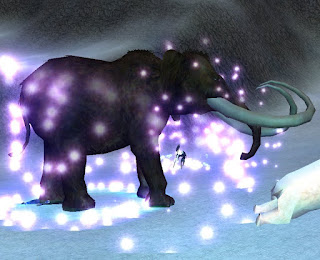 And so she flopped. Wait, you don't see her? Take a look at the left side of the picture. Yes, near the mammoth's backside. See her there? Squished under the gigantic mammoth foot! A big strong wizard had to come rescue Morrigann, but she survived. 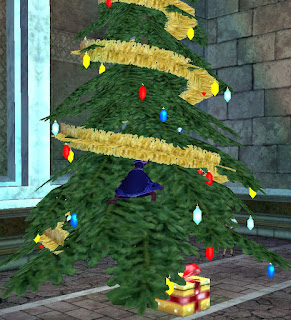 And Morrigann finally made it into the warm guild hall. But after all the snowy antics, she drank a bit too much eggnog and flopped into the Frostfell tree! I think this necro has had enough of winter. =)

NEXT UP: Sookie Vs. Sookie - comparison of the characters in Dead Until Dark and True Blood.