Mind Behind the Mind Cover Reveal and Pre-order

A year ago today, I put up my pre-order for Fractured Fairies, starting my Baker's Dozen Experiment. All of the short stories have been published in that experiment, but now it's time for my long awaited novel to be released!

Coming to the end of the experiment doesn't mean I'll stop publishing - of course not! I have many planned titles, but I just won't be doing a monthly release schedule. Let's face it, keeping up that kind of schedule is hard without kids, and I still have a toddler at home that makes it hard to write.

Oh, you want me to stop rambling? Sorry about that. Force of habit.

Today, the pre-order for Mind Behind the Mind, the first novel in my Trinity Torn series, is up on Amazon! Release date is October 13, 2016. It will be available in paperback and at other retailers in the future; dates to still be determined.

What's the great thing about the pre-order? Well, I have it at a discounted rate. Mind Behind the Mind is currently available for $2.99, but when it goes live on October 13, the price will go up! So, if you want the lower price, snag a copy now.

I suppose you'd like some kind of sneak peek. For now I have the blurb below - you'll have to wait for release day for an excerpt (my newsletter subscribers got to read a snippet, so if you want an earlier peek for future releases, please Sign Up).

And below the blurb is the cover for Mind Behind the Mind. I think it's beautiful, but I'm biased. The cover art (excluding the text) was done by AM Design Studios.

Now, for what you've been waiting for: 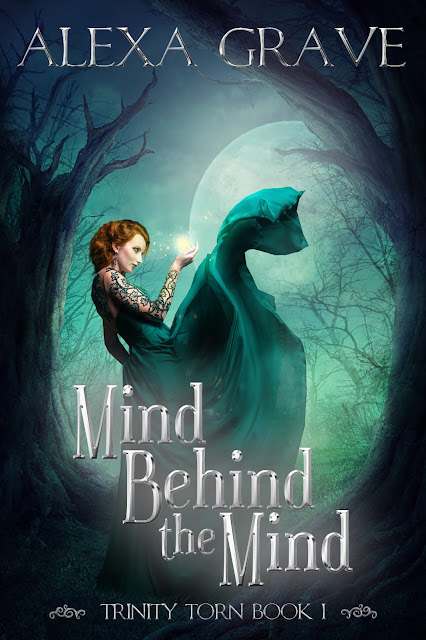