Which Tarot Card Should I Use In The Next Fate Story?

I'm still just diving into revisions of Thorns Entwine the Blade, but once I'm done with those, I intend to write the next Fortunes of Fate story.

I've enjoyed exploring the Tarot cards I've used so far, especially connecting the stories even if some connections right now are subtler than others. And though I have a couple thoughts on stories I could add to the interwoven tapestry of Fate, it might not be time for some of those tales to come to light quite yet.

So, I'd like some help deciding which Tarot card I should focus on next!

Keep in mind, I don't have an arc mapped out and outlined, so if in the end I settle on a card with help from everyone, I won't be trying to shove it into a story that's already plotted out in my head. Like with a Tarot card reading, I'm never quite sure where each card dealt will lead me (though I do intend to tie it all together in the end, which will probably be in a novella or novel). 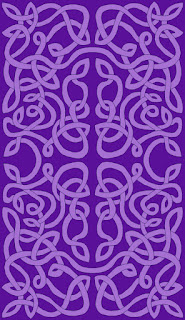 The cards I have already used (in order of stories released):

One more card that is off limits because it will be the final Fate tale:

Is that a spoiler? I hope it's not too much of one! As mentioned above, I'm not sure where all the paths will lead and how that final story will unfold.

Anyway, that leaves 71 more cards to choose from. A daunting task.

Don't worry, you don't need to know tons (or anything really) about Tarot cards to vote! Feel free to pick a card using simple instinct, or if you see one that strikes your fancy by the art on a card in a certain deck. I'll give you a little help, so you at least have an idea of the options.

Tarot.com has a decent page with the list of all the cards in a Tarot deck. You can click on each card to read about the meanings. Just keep in mind, if you vote on one due to meaning, I could interpret it differently than you do - there are meanings for upright and reversed!

On the same page there are also a bunch of different decks, so if you just want to look at the pretty pictures, you can click on a deck that inspires you and find a card that way!

Basic run-down from me, though, for the card names.

There are several options left in the Major Arcana, and they are:

The Empress, The Emperor, The Hierophant, The Lovers, The Chariot, Strength, The Hermit, Wheel of Fortune, Justice, The Hanged Man, Death, Temperance, The Devil, The Tower, The Star, The Sun, Judgment

Each of those suits contains 14 cards, pretty much numbers and then face cards (again, like a deck of playing cards):

I've drawn a couple more of these cards in the past that I might draw inspiration from (and redraw) if they happen to be chosen. I did love my Two of Pentacles! The keyword for the upright of that one for me was harmony. And the Strength one had a pretty cute lion in it. But I'm also looking forward to planning out new cards that I haven't even considered yet, of course. A lot of cards ahead of me, and a lot of stories to go with them.

Is this enough help for voting? Again, you can choose to vote however you want! Have a favorite number? Then pick the number of one of the Minor Arcana suits. Easy, no time needed if you don't want to look into meanings.

I'll also let everyone choose their top three picks, even, though you can only choose one if you wish.

Just fill out this quick form - Which Tarot Card Should Be Next?

The form will be up for a couple months at least, since I won't make a decision until December at the soonest. Show it around to your friends, too -- the more votes, the better! I will report the decision in a December or January post, promise!